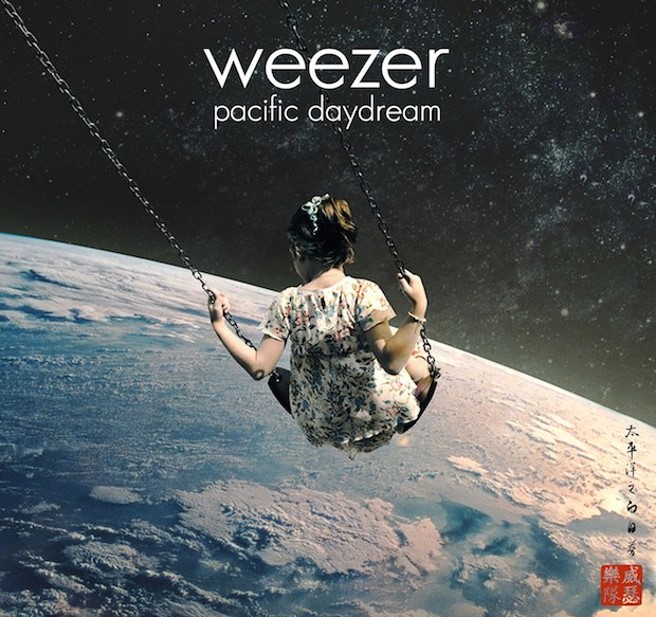 Get ready Weezer fans, you will find plenty to explore on the band’s latest album Pacific Daydream.

A new tonality with a hint of nostalgia

The record sounds modular in the vein of the band’s technique in Ratitude (such a great album). There are a handful of noteworthy moments – the classic, simple strumming in “QB Blitz”, the dance-pop feels of “Mexican Fender”, and the sleek synths in “Happy Hour”.

Even though percussions are front and center on this album, Weezer leaves plenty of space for their signature sunny hooks, festival-ready choruses, and invigorating boogie melodies. Pacific Daydream is an entire career of work crammed into a record, rather than a mere forgettable discography step.

Weezer: the exception to all rules

More than ten albums in, Rivers Cuomo knows how to keep the machine running. Weezer is far from losing its touch. Pacific Daydream is a relatable and powerful album with enough innovation to keep Weezer fans satisfied until the next album. Thanks guys for another gem I’ll cherish for the years to come.

Can’t get enough of the Weezer boys? Download the Stingray Music app and enjoy so many Vibes channels - your brain might explode. Check it out: