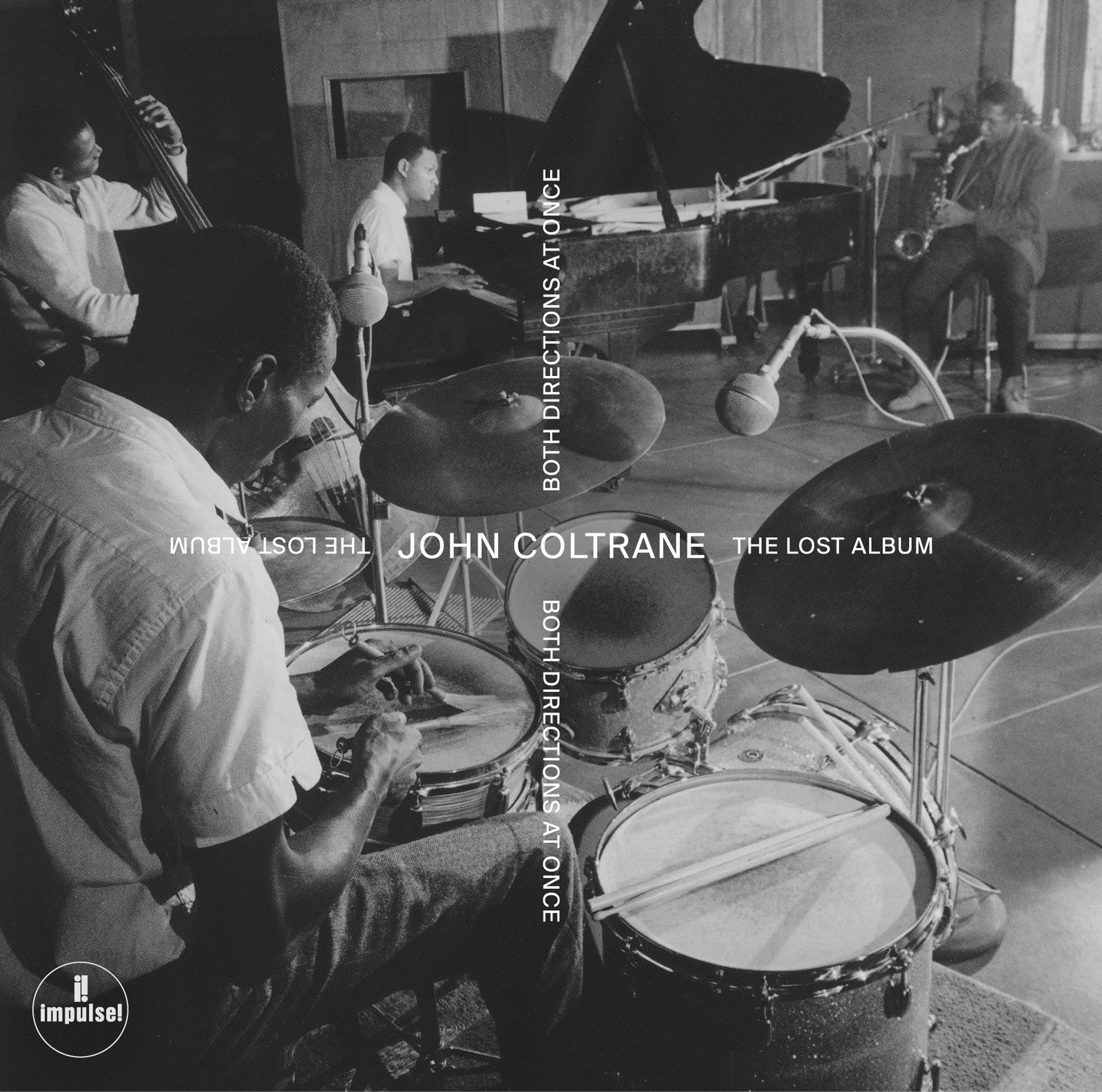 There was, until recently, no indication that this particular recording session had taken place. The master tape no longer exists. The reference tape that was made on the same day as the session ended up with Coltrane’s then-wife Naima who thankfully never threw it out. The reference tape was, of course, never meant for publication, but with today’s digital technologies we’ve ended up with a stunning 7-track album.

The band was prolific during this time and at a crucial stage of its, and Coltrane’s own, development. It’s 2 years before the release of A Love Supreme and 3 years after what amounted to a hit song with “My Favourite Things”. The strange thing about Coltrane’s classic quartet, though, is that there was a difference between the live band and the studio band. What we have with Both Directions at Once, then, is a document of the band trying to get those 2 sounds together. In that sense, Coltrane and Crescent, the duo of albums from this period when the quartet tried to do the same, should now be considered a trio. That’s not just significant for John Coltrane aficionados; it brings Coltrane’s music even closer to those already influenced by him.

You’re Dead is the fifth studio album by Flying Lotus, the grand-nephew of Alice Coltrane. On this album, Flying Lotus channels John Coltrane’s spirit on Ascension, a record released just after A Love Supreme. Ascension is the point where Coltrane moved away from all convention and became ever freer. The classic quartet was no more, as musicians such as saxophone player Pharoah Sanders and trumpet player Freddie Hubbard joined Coltrane instead. What Both Directions at Once gives us is a clearer understanding of how Coltrane transitioned his music during the early 1960s. And while the free characteristic of Ascension influenced Flying Lotus, you can already feel Coltrane looking ahead to this sound on Both Directions at Once.

The album also brings into focus again the influence of Coltrane on Kamasi Washington. The 2 men share not only a love for the exploration of the sounds of the saxophone specifically and of jazz more generally, but they also both brought popularity to the genre. Kamasi has done this recently by playing with artists like Kendrick Lamar and bringing his jazz to mass audiences with the likes of the Metropole Orchestra. Coltrane did this through hits such as “My Favorite Things”, a song from a musical and transformed into a meditation on its central theme. One of Kamasi’s favorite records is Transitions by Coltrane’s classic quartet. It’s always been a pinnacle of Coltrane searching for a freer sound while still creating a firmly melodic sonic adventure.

One thing that the latest generation of jazz musicians, from Kamasi Washington to Nubya Garcia and badbadnotgood, have in common is that they struggle with the notion of what jazz is. The idea of jazz can become a constraint, something that takes people back to a period just before 1960 when bebop was the norm. That same struggle can be heard on Both Directions at Once, where Coltrane, together with McCoy Tyner, Jones, and Garrison, explored what jazz could be and how it could fit into a broader musical spectrum. In 1963 that was to become a free, cosmic sound. In 2018, it means connecting jazz to hip-hop, R&B, and electronic music to release it from its straightjacket of history, free to be music.