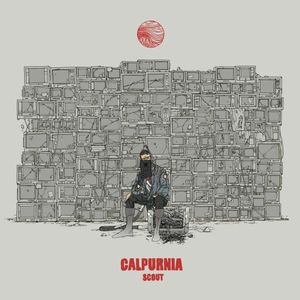 If you want to know whether the new Calpurnia EP Scout is worth your time, I’d suggest you check out tracks #1, 2, 3, and then the entire album. Seriously, Finn Wolfhard AKA Mike Wheeler from Stranger Things is one talented kid.

Jams, jams, and then some

Their six song titles read like 90s-isms, but sonically, Scout might be the archetypal indie rock slacker with melodic undertones.

“Greyhound” juxtaposes Finn’s youthful voice with the heavy bass, in addition to contrasting it with moody lyrics: “Going to Seattle in a Greyhound/I missed school for this.”

The penultimate track “Blame” is so understated that I missed the beauty of its jazzy vibes in my first few playthroughs. Wolfhard is as playful as ever, singing “My girl's on a train/She's going far away/She's never coming back/She gives me heart attacks.” On the other hand, his words seem autobiographical; how else am I supposed to take a bridge that warns “She left there torn/Pierced like a thorn/It was all my fault/She forgot about the call” that follows a chorus that goes “And I'm the one to blame”?

The experimentation keeps things interesting and is a rare and welcome sight for young musicians — but it’s the songs that aim for a summer afternoon of “Louie” or “City Boy” that are Wolfhard's forte and the album’s best. Finally, there’s “Waves” with its coda of overlapping voices, which might be the album’s most melodic cut.

"Wasting Time" swaggers exaggeratedly, building on a smooth indie guitar lick, to later fall over itself into a hoot of kaleidoscopic brilliance come the chorus while the first single off the record "Louie" gives out a chiming (and charming) burst of elation that could quite comfortably contend for sound of summer 2018.

Still, the quartet has brought us something that no other band today can come close to equaling – pure indie-rock/new wave. Unlike the many bands that use each new EP release as a way of experimenting and finding their sound but failing miserably, Calpurnia sounds more accomplished than ever.

Scout brings with it a relaxed atmosphere coupled with splashes of color and the cheeky bounce of indie-rock. Listening from start to finish, you can get lost in the static, only to suddenly open your eyes and be surprised as to where you’ve ended up.

This record gives us hope for the future. These kids have made it very clear that they won’t stop exploring.