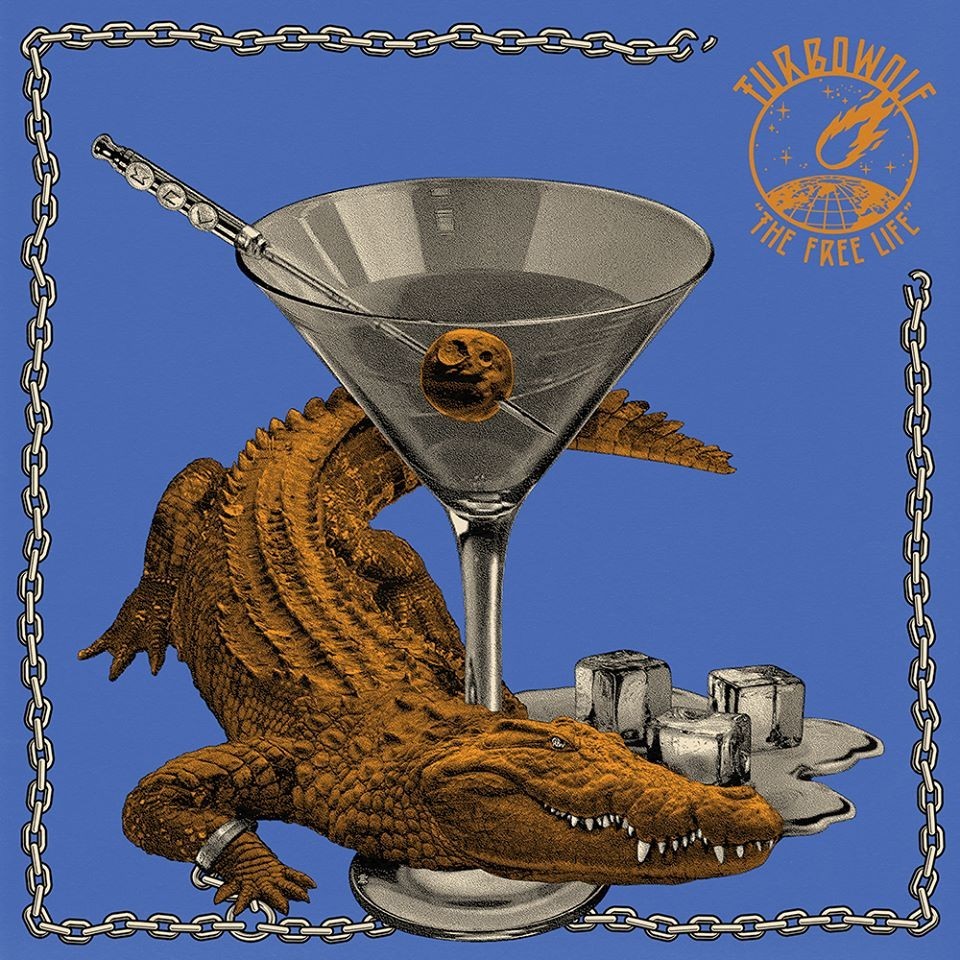 Turbowolf have made a name for themselves with influences and output that covers the entire genre of electrified music – everything from garage rock, to punk, heavy metal, and psychedelia. Their third album, The Free Life, is no different.

A demented, yet highly addictive take on high-octane riff rock

Explosive modern-day rockers Turbowolf are on a mission to destroy the rock and roll playbook you know and love. The Free Life challenges you on every level. The band isn’t thinking outside the box, they’ve burnt the box and smoked the ashes.

“Guitar music has become one of the safest and most predictable genres around. It’s been going on like that for so long now that people have actually forgotten the whole point of rock and roll was to be dangerous and scary and unpredictable. Things are stale and boring. We’re trying to shake things up and make them interesting again.”

The Free Life bursts at the seams with raw power and drips with unadulterated attitude. The opening track “No No No” superbly builds thunderous stoner rock riffs. The album’s greatest strength is its harmonic interplay. This is demonstrated on hardcore punk-ish “Very Bad” and is also featured on every. single. song.

About halfway through the album, the band permanently departs from earth and plunges into carefree synthesizer solos and spastic guitar plays.

“Cheap Magic” juxtaposes flashy riffs before breaking into playful and bouncy drumming by Davis. Similarly, “Last Three Clues” heads straight into fuzz rock, briefly devolving into a chilled-out break that features some psychedelic keyboards. Then, there’s the languid beginning of “Up N Atom” that rapidly transforms into an aggressive and 1980’s-induced electronica. A gem, nonetheless.

The album closes with the slow approach of the title track, eventually building speed into a loud romp with Chris Georgiadis’ vocals soaring above. There’s a definite increase in confidence from all members. Musically and vocally, The Free Life is the work of a bolder, more confident, and more settled band that knows what it is aiming for. It is the perfect sum of Two Hands and Turbowolf.

Always a hard band to pin down, Turbowolf has outdone itself again. A fun, ethereal trip through the mind of some talented and twisted musicians and songwriters. Here’s an intoxicatingly dizzying and majestic one for the books.

Check out Turbowolf on Stingray Music!