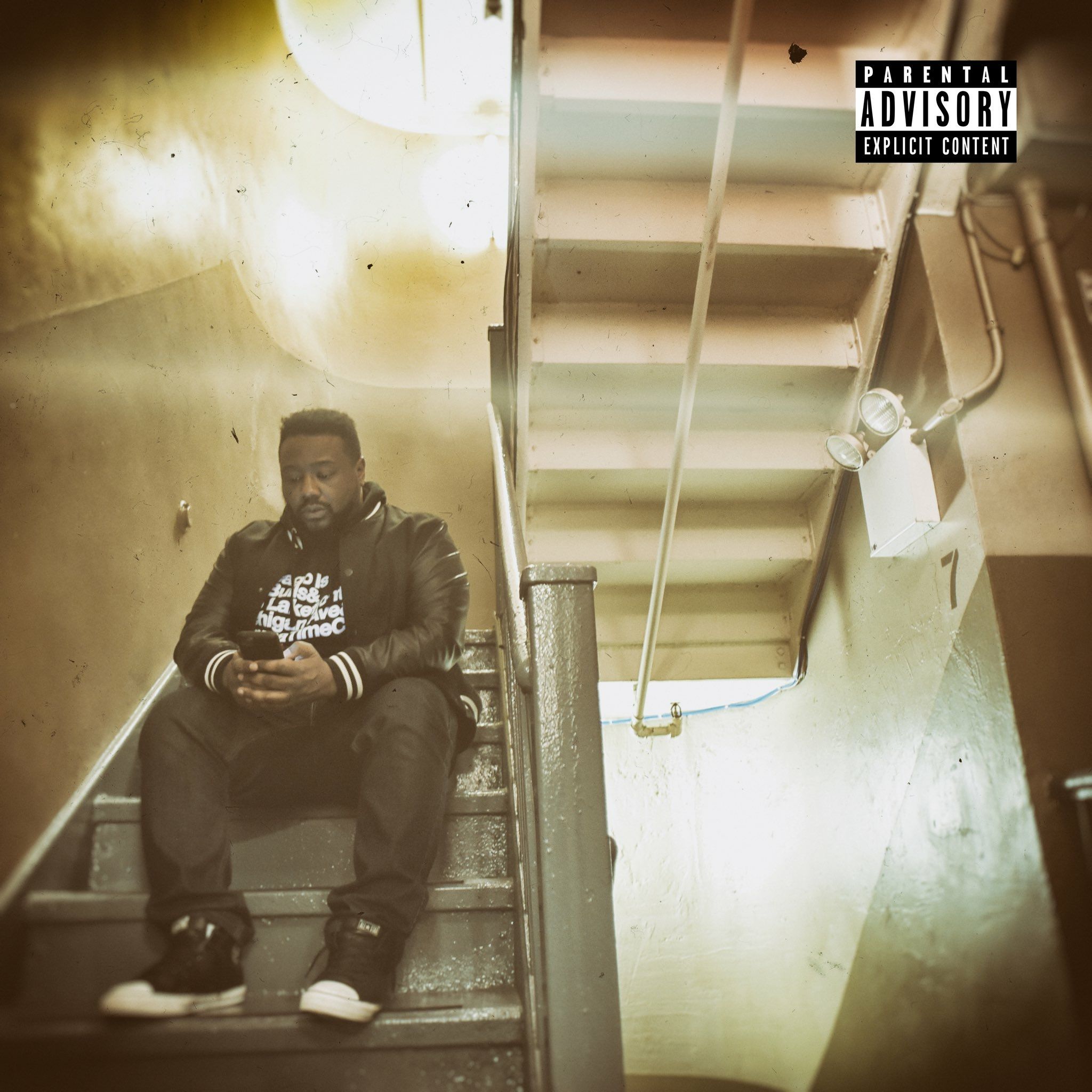 I was maybe 25 when I met Phonte. I was late to one of his shows at B.B. King’s near Time Square in NYC (which sounds easy to get to but with all the tourists, just walking a block sometimes feels like an hour). I walked, and Phonte was standing right there, talking with someone. Since I had no shame, I walked over and full on interrupted to ask for a pic.

Phonte wasn’t rude about it, even though he didn’t smile, but looking back I understand why. Heck, he didn’t even owe me the pic, but he was nice enough to take one. In a genre that is so often about egos, Phonte has managed to be both a hard rapper and kind of a teddy bear (although he wasn’t the one named for an actual teddy bear in his previous group, Little Brother).

Flash forward to 2018 when I got wind that his latest solo project was out. I wanted to do the “Oh Damn” test - where I put on an album while doing anything other than pay attention to it and see if the lyrics can pull me out of what I was doing. Within forty-five seconds I hit the first “Oh Damn” and never turned back to my video game.

"At a minimum, we gonna handle 'em

Tell ya whole crew they better ante up

'Cause he don't pause, no flaws, these bars is

Reading those lyrics do not do the delivery justice. Phonte spits the line in a somewhat A-B-C-A rhyme scheme that not only caught my geek ears on the word "adamantium", but makes you think back to the first line, bringing the rhyme full circle - opting for something more distinct than an otherwise easy rhyme for "flaws" (with what could have been "claws", which any geek would know Wolverine has adamantium ones). And that’s only 45 seconds into the album.

Since my most recent Phonte music binges were all from his Foreign Exchange albums, where he works with producer Nicolay, I was a little shocked by the themes in some of the early songs on No News is Good News. Don’t get me wrong, I know Phonte brought that heat as part of Little Brother, but to hear him do neo-soul love songs on the album Leave It All Behind, to dropping lyrics about murdering the competition in “So Help Me God”, or even how his best work comes from pain and loneliness in “Pastor Tigallo” showed his range.

"Wonderin' why the best

Ideas only come to me when I'm alone or I'm depressed"

One of my favorite producers, Nottz, works on “Expensive Genes”,  a short song that rolls into “Cry No More” so quick that I thought it was the same track with a beat change up in the middle. While musically I didn't like the song, I appreciated the message about health as it relates to the black community, tackling medication, cholesterol, and overeating. When hip-hop is criticized for not being mature or grown up, I can turn to this 1m 45sec Phonte song about being a grown-ass man and dealing with these issues.

From “Cry No More” to “Change of Mind”, there were small “Oh Damn” moments. “Cry No More” starts off heavy, “Such is Life” is a beautiful song that taps into Phonte’s skill to do a throwback style R&B jam effortlessly, and “Change of Mind” featuring Freddie Gibbs sounds like a mix of late '00’s Rap&B. Then comes “Sweet You” which legit made my say “hot damn” out loud, sampling “Sweeter Than You” off of Foreign Exchange’s 2008 album Leave It All Behind. Ten years later and to be able to sample yourself, have another producer flip the sample so well, write new lyrics over the new beat, and that track to STILL had a voice of its own - I was honestly so impressed it took three repeats before I moved on.

Closing out the album is “Find That Love Again” and "Euphorium (Back to the Light)”, unfortunately following my favorite track and were initially judged harshly. But after stepping away and taking them in on their own, they're actually pretty good, especially the end of “Find That Love Again” which runs down the album's thank yous - shouting out Rapper Big Pooh, 9th Wonder, Erykah Badu, Questlove, Domo Genesis, Montreal native Kaytranada, and more.

This might not be Phonte’s strongest album, but I think it may be his most honest, with him opening up on his thoughts about life, health, aging, mortality, relevance, motivation, sadness, loneliness, and whether or not he's leaving his mark. Interestingly enough, he could have retired from music ten years ago and would still be the best at what he does -  playing the soulful lover and lyrical fighter better than anyone in the game.

Keep it fresh with Phonte on Stingray Music!