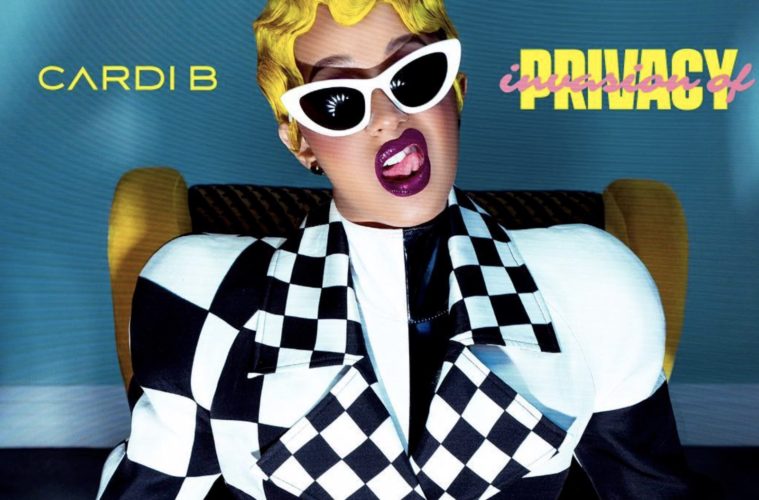 “If you want it, and the more you keep hearing you can't have it, just go and get it.”

A force to be reckoned with

The slick-stricken Bronx rapper’s first album Invasion of Privacy is a marvel of craft, musicality, and emotion. Through Cardi B’s inner turmoil, she finds her most powerful and diaristic storytelling. Cardi B overshadows Cardi B. “I'm my own competition/I'm competin' with myself (brrr)” she says mid-way through “Best Life”. No one plays the game quite like Belcalis Almanzar, thanks to her natural charisma and incredible story.

Cardi B’s unique situation makes Invasion of Privacy such an enticing record to consider before you even take a listen, set on a stage she built on her own. Despite her rougher edges, Cardi hardly considers herself invulnerable: if anything, her hardened attitude acts as a defense mechanism against outside elements. For one thing, the humor that made her meme-able is in much shorter supply here than on her previous tracks. To her credit, Cardi released those records before she felt she had anything to prove and this new self-awareness brings a jadedness to her work.

A gratifying listen, full of witty one-liners and cheeky quotables

Instead of humor, Cardi is packing pride and confidence, charged and ready on opener “Get Up 10”. “I started speakin' my mind and tripled my views/Real bi--h, only thing fake is my boobs” she discloses, her business savvy as sharp as her self-deprecation. A smasher of a track, “Get Up 10” confirms Cardi wants to do us proud. With her perfectly pun-able name, she twists her moniker into all sorts of ways (“Bartier Cardi”, “I Like That” (“Run that sh-t like cardio”)), never not plugging away even on her album.

The rest of Invasion of Privacy is all expertly cultivated, from the sounds referenced (“I Like That” and its Latin swagger, “Bickenhead”’s ode to the early '00s, and “Be Careful” in its homage to Lauryn Hill) to the featured acts.

At times, the album feels a bit crowded, especially on “Best Life” and “Ring” where Chance the Rapper and Kehlani respectively steal the show. For the most part, Cardi B’s lyrics strike a balance between relatable and aspirational, with her delivery setting a cooler, more restrained tone than those of many contemporary rappers. Cardi’s musical aesthetic can be boiled down to one thing: capture a moment. Think about it, no song from Invasion of Privacy sounds the same, even if the desired result is.

Her record is built around that magnetic confidence, with verses that are concise, yet injected with enough personality to last much longer. Her witty one-liners are perfect for fly captions, and her cheeky quotables are ready-made for nights with friends. (See “Bickenhead” and “Be Careful”).

She might be using ghostwriters, but she’s also going through her Facebook files and old tweets looking for snippets of Cardi B the world can give back to her. “#CardiBIsSoProblematic" is the hashtag/I can't believe they wanna see me lose that bad,” she says, referencing issues stemming from the controversies which accompanied her rise.

She’s far from the perfect rapper, or person for that matter, but she never exactly promised either. Competing with herself, Cardi promised a self-earned victory, and she delivered. It’s called Invasion of Privacy for a reason. If you don’t like what you see, it doesn’t even matter: she made you look anyway.