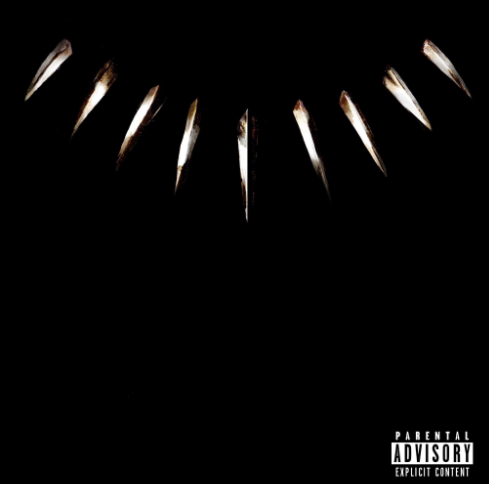 Black Panther will herald the next wave of Afro-Futurism, we don’t have to guess or wonder about that. The same way Star Trek inspired the phone you’re probably reading this on, is the same way a technologically advanced African society will influence generations of kids to create and produce with a hint of the African diaspora mixed in (I expect Kimoyo Beads to be a thing within the next 20 years).

With that said, what would you want the soundtrack to this new movement to be? It isn’t an easy task.  Balancing the high science and imagery of Wakanda, with the realism of the black story, the movie has to cover a lot of ground, and the music it inspires has to carry the same message. Who would you tap to make an album that has to bridge generations of fandom and appeal to the masses? If you’re smart, you reach out to the heir to the hip-hop throne - Kendrick Lamar

Somebody on they way (hol' up)
I wore the crown all day (hol' up)
From X by ScHoolboy Q, 2 Chainz & Saudi

When Kendrick Lamar was tapped to produce the soundtrack to the movement, the reaction was amazing, everyone was excited.  Lamar is known for his strong work ethic, passion for music, and above all, he doesn’t give in to any bull. But then my mind wondered.

"What if it isn’t good? What if we all got our hopes up and the music doesn’t inspire?"

"All The Stars", The first single, set the bar high with the usual great Kendrick rhymes, the angelic vocals of Sza, and the dream sequence inducing production of Al Shux.  But the third single "Pray For Me", regardless of all the magic and talent of The Weeknd and Lamar, somehow didn’t produce the same feeling. I sat patiently waiting for the album, now worried we weren’t going to get the Afro-Futurism anthems young STEM (Science, Technology, Engineering & Math) kids would need.

Fast forward to February 9th - Black Panther is releasing in a week, everyone is riding the high of extremely positive reviews, and now the soundtrack was out. I was tense.  This was it.  Was T’Challa and Wakanda going to get the soundtrack it deserved? Or was the movie going to have some subpar album forever linked to it? I sat down with a copy of Black Panther #1, written by Ta-Nehisi Coates, turned on my sound system, and started the album.

Starting it off was Kendrick on the title track, breaking down the internal struggle of T’Challa in two quick verses, covering the idea of being king over all things but not sure where he stands. The first verse is confident but the second verse gave off a vibe of concern and self-doubt, and he starts to ask the question “Are you a king or you jokin'? Are you a king or you posin'?” to himself, or perhaps to others.  There is a crack in the King’s armor. Only to end with the reminder, "I am T’Challa", followed by a heavy echoing beat to fade. Great start! As I’m reading Coates story of a failed King who watches his kingdom fall, the song fits, giving me the sense that Lamar tapped into something that goes beyond the Marvel Cinematic Universe (Earth-19999 for all the geeks out there) version of the character.

Moving through the album, we get a mix of American bravado with tracks like "X", "Opps", "Paramedics!", and "Big Shot", counter-balanced with odes to strong women in "The Ways" or vulnerability in "I Am" by Jorja Smith. Blended with Babes Wodumo on "Redemption", the Saudi verse on "X" and the song "Seasons" (which features some of the smoothest vocals on the album from Sjava, who rhymes his verse in Zulu), the album bridges the gap between modern African vibes and American hip-hop style.

Now here is the thing, I like this album, I like it a lot, in the end, Kendrick delivered a solid project, as was expected.

My fears of this not being as good as “the movement” needed were squashed, and a true Kendrick fan would say I should never have doubted the king - BUT I don’t feel like this is as much a Black Panther soundtrack as it is a concept album (à la Jay Z’s American Gangster). Kendrick and crew tap into some amazing storytelling, they pull inspiration from the movie - even going outside the MCU (I still think the first track is inspired by Coates Earth-616 Black Panther), from the story of an African King, a usurper, and the power that surrounds a throne.

They tapped into the vulnerability of Wakanda, the love of a strong woman and being stronger for it, the weight of a crown, and the “careful what you wish for” lesson that Killmonger learns the hard way. All these themes and more are covered in the album, but they’re covered from the perspective of an outsider’s understanding of Wakanda (yes, I know it is a fictional, technologically advanced African nation), which causes some of the themes and messages on the tracks to clash with the movie. Would Wakandans rap about money, drinking lean, or fast cars? Probably not.

Don’t go in thinking about #WakandaForever when you sit back and listen to the album. Go in knowing this is another classic Kung-Fu Kenny joint, with great guests and a strong production value from the likes of BADBADNOTGOOD, Ludwig Göransson, Frank Dukes and Lamar himself (amongst a long list of other talented producers).  If you love TDE and good music, accept it for what it is.