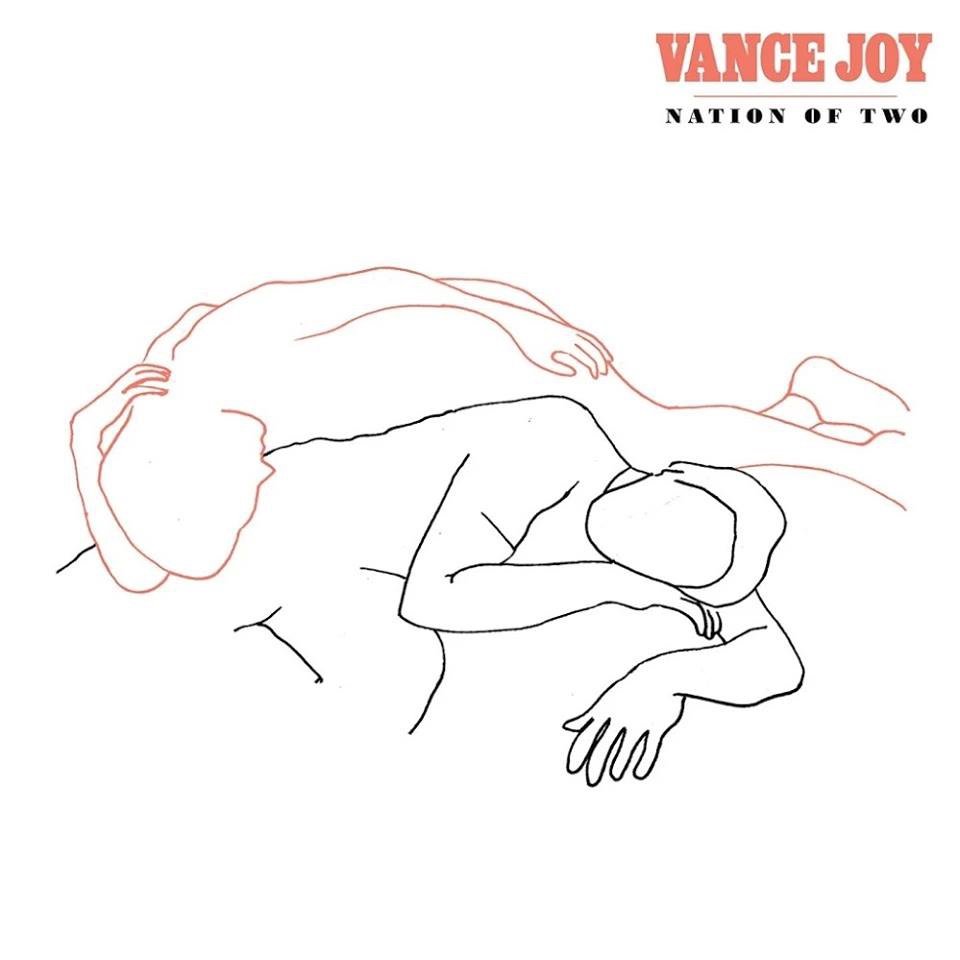 “Most songwriting like poetry takes a careful selection of words. Sometimes you're just channeling something you wouldn't normally say, but you come up with an assortment of words that are really special.”

Recorded from the heart

Finding a place in the crossover between commercial radio and quality folk is a tricky thing to do. Brimming with easy listening folk songs, Vance Joy’s second album Nation of Two accomplishes this difficult feat. Since his chart-topping 2014 single “Riptide”, the Aussie heartthrob geared up for the release of his sophomore album, Nation of Two.

“Nation Of Two describes a perfectly self-contained couple,” Joy explained in a press release, “their world beginning and ending at the bed they share, the car they ride in, or any other place where they’re together…the idea that their love for each other gives them their bearings; a point of reference that makes sense of life.”

Stirring and straightforward, the album rides on rhythmic stomps and fervent fingerpicking. Written and co-produced by Vance Joy himself, the heartfelt album features powerful lyrics, energetic vocals, and solid production.

A raw, no-frills approach to songwriting

Nation of Two sounds like the work of someone who’s been making music for a lifetime. Joy’s voice is a calm, unflappable, almost conversational alto, one that he deploys with an otherworldly sense of control. “Like Gold” evokes a deep sensual aura inside. The Australian singer-songwriter mixes country with deep soul music and has a magical way of bringing sound to spirit. “Lay It on Me” is brasher than Vance’s earlier songs (i.e. “Riptide” and “Mess is Mine”), thanks to galloping percussions and backing singers that help him gather steam before the thunderous chorus.

Vance Joy is making music that’s just astonishing in its force and enormity while remaining intimate. By focusing on tiny details and telling turns-of-phrase, he’s making sounds and writing lyrics that can utterly swallow you. And even if he’s telling stories about himself and his fears of the dark or falling in love, he’s doing it with such a sense of perspective that the album feels beyond relatable.

He’s a historian, wringing his own stories for whatever insight they might provide. And he’s made a sort of historical document of his own time. Nation of Two is my favorite album of 2018 thus far by a crazy margin; I’ve found it a chore to listen to anything else for long.

And whenever I think of the early months of 2018 in the future, I’ll think about Nation of Two. I’ve made it a part of my life. You should make it a part of yours, too.

Can’t wait to see you at the Bell Centre on June 21st. I’ll be the one yelling “VANCE I LOVE YOU” after each song.

Fall in love with Vance Joy on Stingray Music! Make sure to check out the related channels to the right!