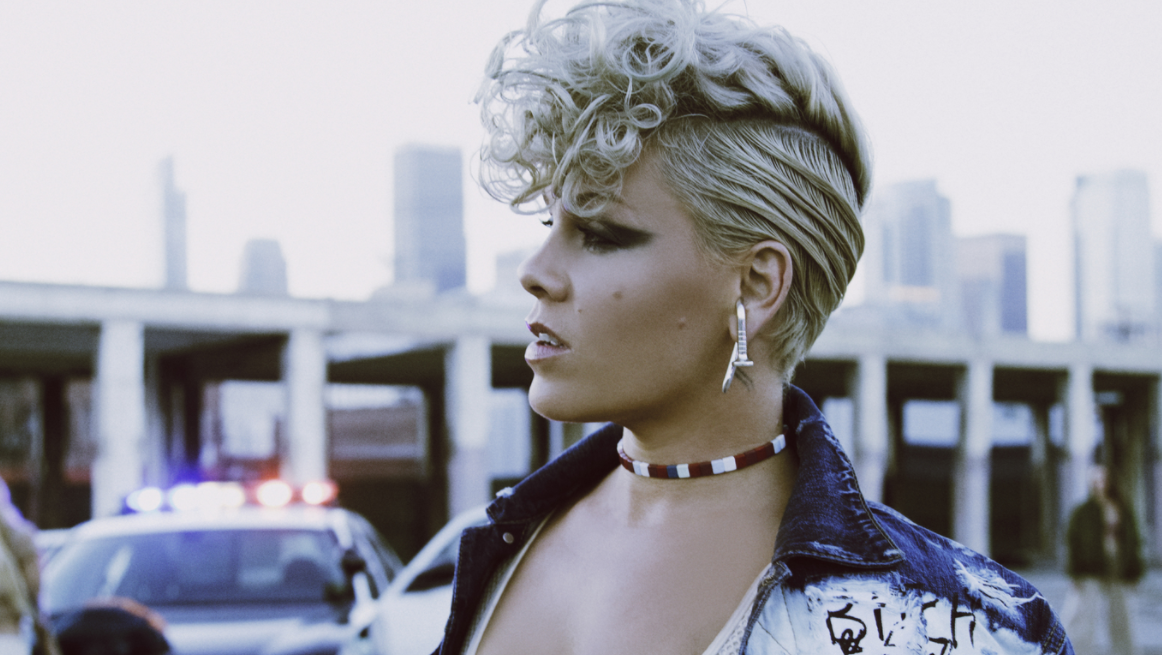 Jaw-dropping facts: Pink has released 7 albums, sold over 40 million albums, 65 million singles, and over 1 million DVDs worldwide. She has had 14 singles in the top 10 on the Billboard Hot 100 Chart (4 at #1).

Fun fact: Her music’s perfect for working out, cooking pasta, singing in the shower, going to work, getting over an ex, burning an ex’s car, breaking an ex’s window … (:

Five years since the release of her last album The Truth About Love, the rebellious and energy-high pop queen with rock influenced vocals is back with a seventh studio album (yayyyyy!) Her ability to combine classic pop sounds with edgy (and sometimes quite dark) lyrics, have made Pink an inextricable pillar of the music industry.

She’s back and she’s got a lot to say

Beautiful trauma is an explicit autobiography that describes her 15-year relationship with husband Carey Hart. With lines like “I slashed your tires”, “You punched a hole in the wall and I framed it”, and “But it's always darkest before the light”, listeners don’t have to stretch their imagination to realize how close to the heart her songs are.

“It’s a mix bag of emotions. Those came from a real place. I have 17 different personalities”, singer Pink explains while laughing and cackling. “I’m a total goofball.”

From foot-stomping tempos to sentimental choruses, Beautiful Trauma finally matches Pink’s acerbic lyrics and rebellious attitude. She also untangles complex emotions and breaks them down into relatable lyrics that makes us feel understood.

With her life coming full circle, fans will witness a deep and mature Alecia Moore.

Pink’s journey is real: from druggie teen to empowering mother and pop powerhouse.

“Other people’s parents wouldn’t let me come over when I was a kid,” she said. “I was the s–thead. No one wanted their kid anywhere near me. I was the runaway, I was the f–k-up, I was the one that had the mouth, I was always in trouble. And now, moms are like: ‘I love that my daughter loves you.’ How the world turns.”

I looooove you, Pink/P!nk/Alecia. You’re such a warm, fierce, and passionate human. It’s beyond admirable. Can’t wait to see you in March at the Montreal Bell Centre.

Tracks you’ll need to check out: