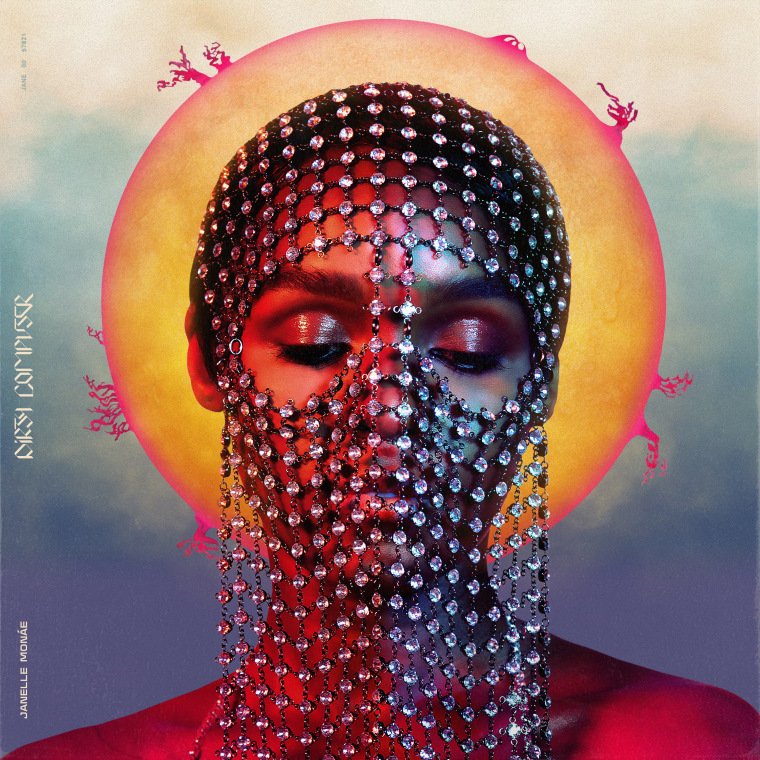 One of the first songs that ever gave me goosebumps was “God Only Knows” by The Beach Boys, so imagine what it felt like to sit down and hear Janelle Monáe harmonizing with Brian Wilson (a voice that triggers memories of both pure sadness and sheer joy in my life) on the title track “Dirty Computer” that starts off the album. I knew I was off to some “Good Vibrations” (that “dad” joke is dedicated to the Stingray Business Content team).

Janelle Monáe isn’t R&B, hip-hop or pop and her album Dirty Computer is structured to tell a story, but manages to be consumable in pieces. Something that not many artists have mastered in the era of streaming music.

In “Crazy, Classic, Life”, the song itself sounds like it’s divided into sections but manages to blend together so well, and then ends by crossing into “Take A Byte” seamlessly. Oh and can I sit in awe of Nate “Rocket” Wonder for the production on “Take a Byte”. For those of you who may not know, Nate is one half of the Wondaland Arts Society’s funk group Deep Cotton (look them up now… actually look up all the Wondaland artist: Roman GianArthur, Jidenna, St. Beauty’s Alex Belle and Isis Valentino and Deep Cotton’s other half, Chuck Lightening).

Continuing the trend of solid production and discussing real-world topics in fun funky songs, Janelle brings in her friends Zoe Kravitz and Tessa Thompson for the track “Screwed”. If ever there was a song that embodies the idea of “A spoonful of sugar makes the medicine go down”, this would be it. The track ends off with a sample of Janelle’s rap skills, a quick little teaser that isn’t too out of character and again with the perfect song transitions, they sample a small portion of Janelle singing from “Screwed” and loop it over the beat for “Django Jane”.

Not to be taken lightly, Janelle reminds us she’s signed to the same label that delivered us Notorious B.I.G. She isn’t trying to be the next rap queen, (since I think she would find that too artistically restrictive), but she does want people to know, she could if she really wanted to.

Now here is my only complaint: “Pynk”, as wonderful as it is, is such a heavy drop in energy. I think the point was to show Janelle can go from rap god to pop star, and it does, but I found the changeup jarring. All that to say, if my only complaint is how well she can change up her styles mid-album and I’m still hooked, we’re still good. From “Pynk” to the single” Make Me Feel”, there is no slowing down. The song feels like Prince himself sat next to her while she was writing it, maybe his spirit was holding her down. Nothing wrong with her living in the light of the Purple Ones energy (we should all be so lucky).

From “Make Me Feel” to the “Stevie’s Dream” interlude, all soul touching music. They may not be the hottest tracks, but they’re hidden gems. Especially “Don’t Judge Me”, where her voice crawls inside you and hugs your heart, a wonderfully weird feeling. I don’t usually mention interludes but “Stevie’s Dream” uses a softer version of the “Take A Byte” instrumental, so don’t skip it. And here we are at the end of the album, with the last two tracks, “So Afraid”, which is honest and vulnerable, something Janelle did not owe us after 10 songs covering all aspect of her life and “Americans”, which I don’t fully understand but enjoyed, thoroughly.

When I started writing reviews, it was something I wasn’t sure I would do well, since I over explain and write like I talk… which is too much, BUT albums like this make me pretty happy I get to write.

If Janelle can spill it all and be raw, open, honest and creative, then turn around and not only put so much into her music but put it out there, then I can come along and tell you to listen to it.

I mean it, go out and get a copy and do everything you normally do, empowered by one of the most dedicated artist out there. Janelle loves making music and does it with all her heart. To her and the Wondaland Arts Society, we see you and we love the music, keep showing us what it looks like when great artists are fearless together.