Today on Qello Concerts, we’re releasing her widely anticipated concert film Carrie Underwood: The Storyteller Tour - Stories In The Round, Live from Madison Square Garden. This was filmed during her 2016 world tour when she performed 100 shows, across nine countries, to more than one million fans.

At New York’s legendary Madison Square Garden, the real legend is the gorgeous woman commanding the massive 360-degree stage. The production is stunning. Carrie Underwood’s voice is even more stunning. Her wardrobe is a production within itself.

Carrie Underwood is much more than a country star. Watch this show to see what it means to be a bona fide female rock country goddess.

One hour and 45 minutes of Underwood hit after hit including, “Jesus Take the Wheel,” “Church Bells,” “Before He Cheats,” and 14 more of her 26 total #1 singles.

She’s sure come a long way from that country girl we watched melt Simon Cowell’s ice. She continues to melt the hearts of music fans across the world. 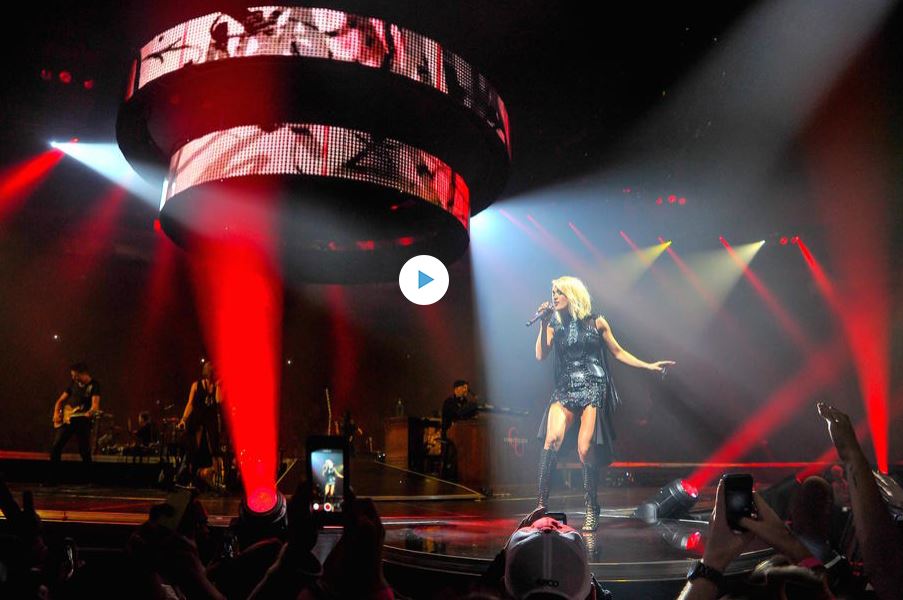 Go watch The Storyteller Tour: Stories in the Round on Qello Concerts!