Whenever Paul McCartney does a concert these days, he’s in for the long haul, and the haul includes five decades of iconic hits, discoveries of other worthy tunes, and massive doses of charm.

McCartney likes to perform, and he aims to please. He knows who he is, and he knows he’s in the business of show, so he plays to the audience, all 60,000, for three nights at the brand new Citi Field in New York in 2009. At a song’s end, he lifts his instrument (guitar, mandolin, bass) in salute. He addresses the fans in the back of the massive stadium. He recalls the Beatles’ 1965 concert at Shea Stadium, an unabashed ploy to get the girls screaming, ala Beatlemania, all over again. He reads signs that conjure the past (“PAUL, MARRY ME”). He recalls dropping in on Billy Joel, who did the final concert at Shea, the Mets’ ballpark, in 2008, before it was demolished and gave way to Citi Field—then brings him on to share in a rousing “I Saw Her Standing There.”

There are too many songs and highlights to chronicle in a blog. I’ll just mention ones I marked as I watched this amazing, Herculean, two and a half hour concert:

“Drive My Car.” He opened with this number, which showed that his range hadn’t changed.

“Jet” was next, instantly reminding that he wasn’t just a Beatle—and, perhaps, offering a nod to the New York Jets.

“Let Me Roll It” dives into the blues, and segues into a tribute to Jimi Hendrix, with “Foxy Lady” riffs.

McCartney pays stirring tributes to other departed souls, like his wife Linda, with “My Love,” and John Lennon, with “Here Today,” and George, with “Something.”

Other standouts include “Got to Get You Into My Life,” “Eleanor Rigby,” “Band on the Run,” “Paperback Writer,” a fireworks-propelled “Live and Let Die,” and a medley of “Day in the Life” and “Give Peace a Chance.” At the two hour mark, he completes “Hey Jude,” but keeps on going, with “Day Tripper,” “Lady Madonna,” “Helter Skelter,” “Get Back,” and, finally, the finale, “Sgt. Pepper’s Lonely Hearts Club Band.”

But it’s not all about “Yesterday.” Macca rocks out with his sterling, four-man  band of musicians and vocalists (I especially dug drummer Abe Laboriel, Jr.), and he mixes in songs from more recent efforts, including the Fireman project (Electric Arguments), produced by Youth.

Still, he knows why he can fill a baseball stadium, old or new. In fact, he is said to be talking with San Francisco’s mayor, Ed Lee, about performing the final concert at Candlestick Park, where the Beatles played their last concert, in August, 1966.

That would be something. And it would be perfect. Full circles. That’s what Paul McCartney is all about.

Here I am with Paul McCartney backstage somewhere on the road, during Wings' 1976 tour. Are we excited, or what? 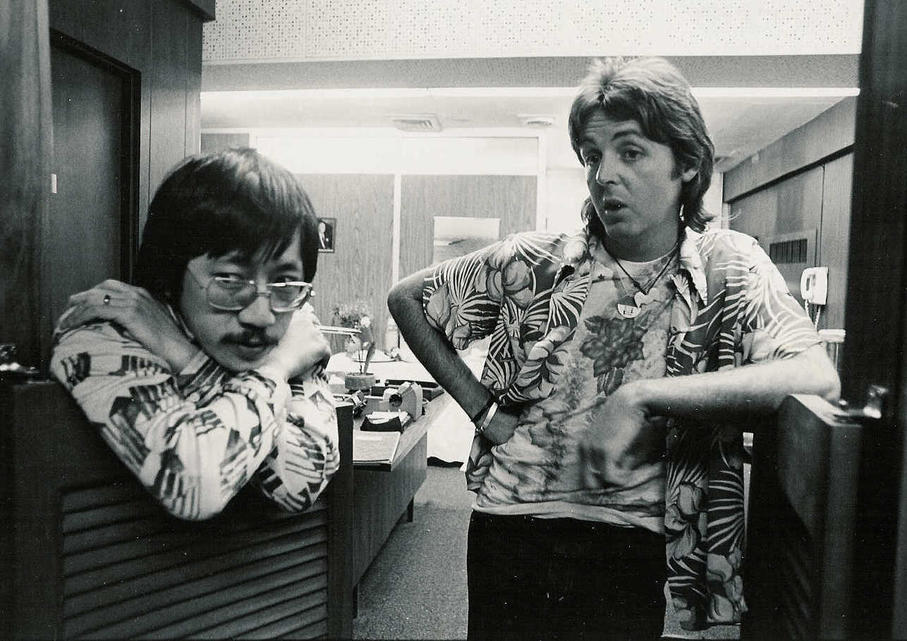 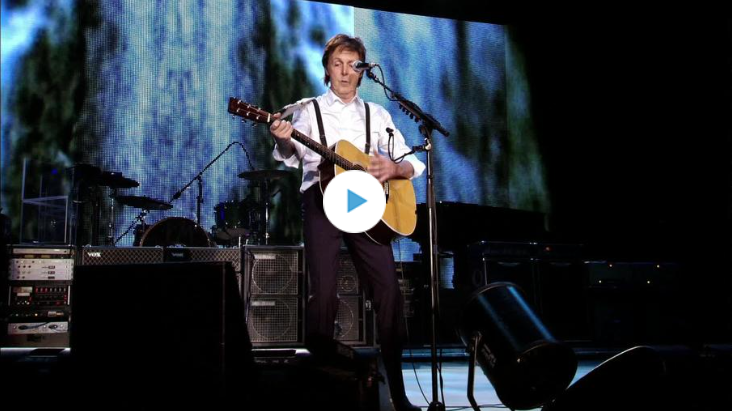 Previous
Carrie Underwood: The Storyteller Tour
Next
The Beach Boys Live at Knebworth: A visit with Brian Wilson