Blick Bassy, the Paris-based, Cameroonian singer-songwriter is in town for this year’s Festival International de Jazz de Montréal. In anticipation of his upcoming performance, I spoke with him about his new album 1958, due out on June 21. 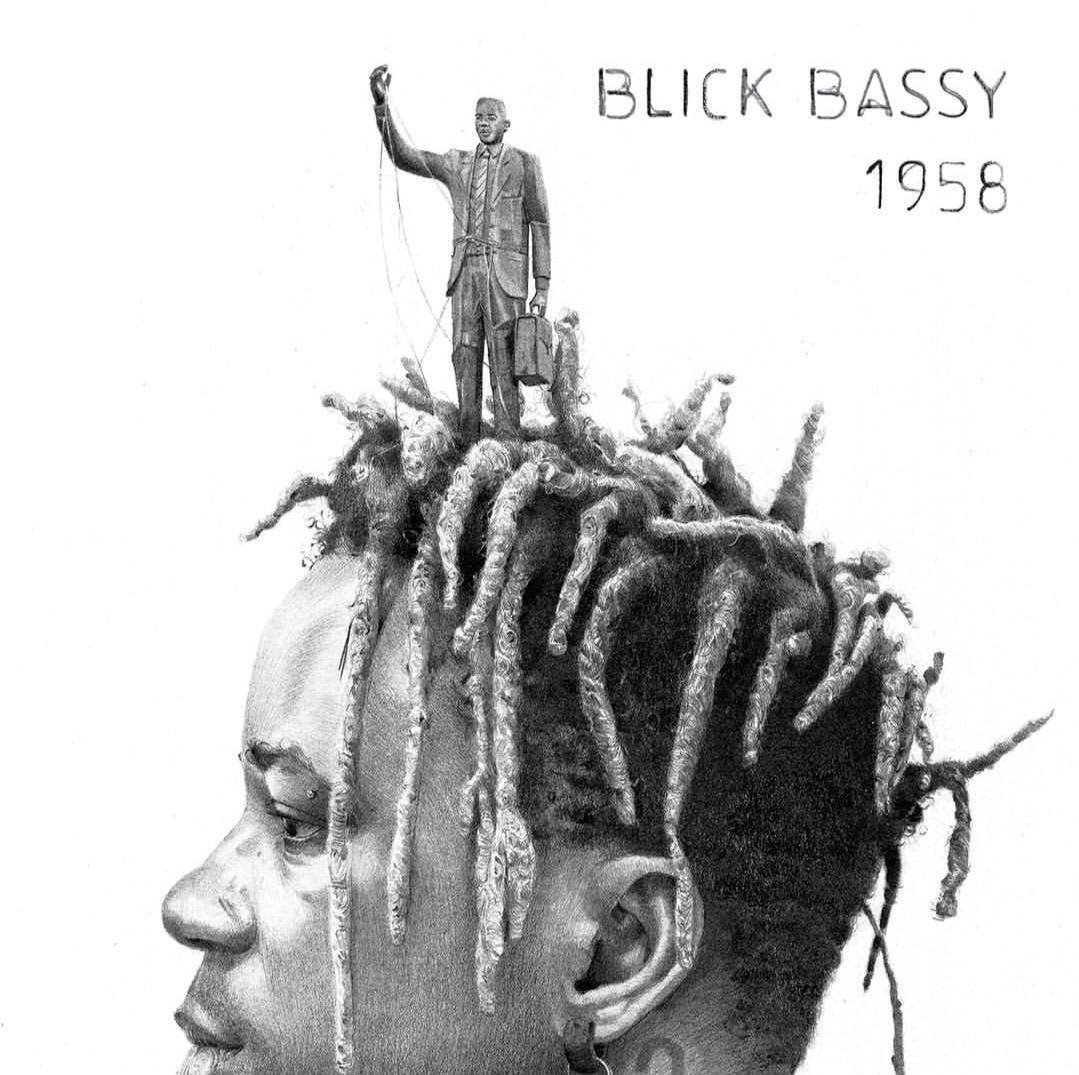 Listening to your new record and its political theme, I can’t help thinking about people like Fela Kuti, people who also felt the need to express the realities of their country. Could you tell me more about people like Ruben Um Nyobè, and what made you want to include him in your music?

I think that like many people of my generation, the need to know who we are is present and is felt in different ways, like an identity crisis. In this quest for self, given that the future is built only on the ashes of the past, I wanted to know a little more about my history, about my country’s history. All this led me directly to Um Nyobè, who was fighting for the equality of races, for the universal values and independence of Cameroon. He was who shot down in 1958, by the French army.

Despite the serious political themes of 1958, it feels as if you’re trying to let in as much sun in your songs as possible. I’m really enjoying your single Ngwa. I’d love to hear about how this song came about for you, both lyrically and in the studio.

When I decided to dedicate the album to Um Nyobè, I started composing melodies in my home studio, the street, in the car, in short everywhere, because for each record I have to compose about 150 to 200 melodies. After that, I select between ten to 20 people to choose 15 melodies on which I then write a text. Ngwa is one of the songs that already sounded like a song, as I had recorded guitar and voice on my smartphone. Then in the studio, it was simply a matter of fine-tuning the arrangements because we had done pre-production.

Could you tell me what are some of the main differences between your last record and the most recent one? For instance, I noticed there is practically no drums or percussion on the new one. Can you elaborate on that?

Since my previous album Akö, I decided to make a record without rhythmic instrument. I wanted to emancipate myself from the standards and the roles that are assigned to things and apply my own rules. I want to create a universe that allows me to express and bring out my emotions as effectively as possible. 1958 is the embodiment of this approach, with a more contemporary side. I think I can take it even further in the next albums.

It’s not your first time at the Festival International de Jazz de Montréal, and like most bands on the road, I’m sure you have rituals or habits before going on stage. What does a Blick Bassy pre-show look like?

Before each concert, I vocalize a lot because my voice takes time to warm up. It takes at least two to three hours of vocalizing, until the moment I go on stage. Then the second ritual is a thought for my ancestors through whom I can share my emotions, my vibrations, and my energy.

Lastly, what kind of legacy do you want to leave through your music?

One of the most important things I would like to pass on to the new generations is to demonstrate the importance of emancipating from barriers. To go further and further, and to surprise ourselves by pushing the boundaries that our societies impose on us.