Still hungry for the summer outdoor music festival experience? Down in San Diego, California, where it's always still summer in mid-September, the all-ages KAABOO Del Mar is about to tune up and turn on.

Three stages over three days (Sept. 14 to 16) of superstar headliners like Imagine Dragons and Wiz Khalifa combined with legendary rock and roll royalty like Blondie, Billy Idol, and Robert Plant await you*.

This isn't a tease. Because you don't need to buy tickets and fly there, you can crowd surf all three stages in the comfort of your own home or from mobile - for free! With the multi-platform streaming service Stingray Qello, you're just three clicks from experiencing the festival live.

How to KAABOO on Stingray Qello

With the exclusive live streaming partner of the 2018 KAABOO Del Mar, you can catch the festival on the web, your mobile phone, Apple TV, Amazon Fire TV, Roku, and other platforms.

Don’t miss a minute of the show, RSVP to the KAABOO live stream at www.qello.com/kaaboo and you'll get a daily reminder when sets go live.

To watch the live stream, all you need to do is connect to an existing Stingray Qello account or log into qello.com/kaaboo.

Every headliner. One massive channel.

Listen to every KAABOO headliner on our exclusive audio channel.

While you wait for the festival to begin, get to know the feature artists by checking out their previous live shows ON DEMAND on Stingray Qello.

Here are staff picks for best acts to catch at KAABOO. 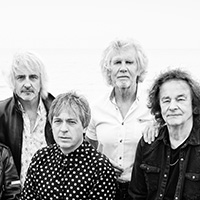 Stay where you are, the Zombies are coming! If you’re too young to recall the 60s British Invasion, then this show is definitely for you.

The second U.K. band after the Beatles to score a #1 hit in America, the Zombies are now celebrating the 50th anniversary of their immensely influential album Odessey and Oracle. Trippy melodies and lush Mellotron grooves with a solid hard rock base are at the core of these beloved songs of the 1960s British Invasion, including "She's Not There”, "Time of the Season” and "Tell Her No.”

Live, they are as tight and in sync as ever. Plus, they’ve been surprising crowds with a few covers that guarantee euphoric moments aplenty. 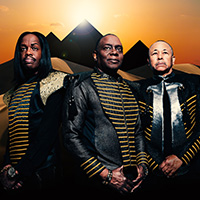 If there’s a genre that’s best appreciated live, it’s funk. And Earth, Wind & Fire’s energetic, horn-driven, disco-infused sound is sure to get the crowd moving. You might not get another chance to see 70s and 80s classics such as “Let’s Groove”, “Boogie Wonderland” and “September” performed live, so you definitely don’t want to miss this! 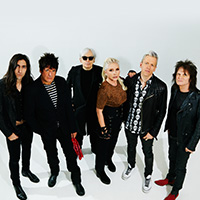 It’s one thing to relive childhood punk and disco nostalgia, but the iconic Debbie Harry – at 73, let that sink in -  and her band are also behind Pollinator, one of the best album releases of last year.

Blondie treat their audience to sets that go off every single time. You’ll want to experience this. 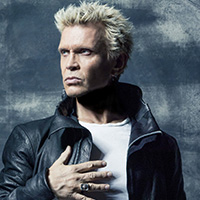 “He is in fine form and going hell for leather in this classic rock spectacular.” Unsurprisingly, the British punk and pop '80s icon is a force of nature who shows no sign of letting up.

Idol is an arena headliner who brings along a heavy record bag full of insanely catchy pop hooks, dance beats, high energy and punk attitude. In terms of maximum appeal and great fun, his set is an absolute no-brainer to check out.

His Billy Idol Live! summer tour set-list is a dream hit machine that includes “Dancing With Myself”, “Flesh For Fantasy”, “Cradle of Love”, “Eyes Without a Face”, “Rebel Yell”, “White Wedding” and “Mony Mony.” Get ready for a raucous ride! 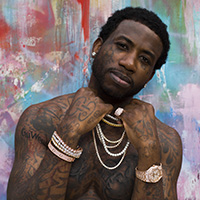 Gucci has been on a streak as of late, dropping albums and features at a frenetic pace, so it’s a prime period to catch this icon of Atlanta hip-hop. A skilled rapper with a gift for catchy hooks, Gucci Mane has been honing his craft for almost 20 years now, with no sign of stopping. Gucci is known to perform both his own hits and his song-stealing guest features during live shows, so be sure to come sing along to “Black Beatles” during his set at Kaaboo! 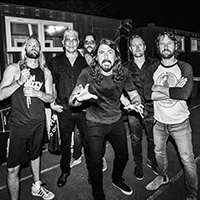 They now officially carry the Rock torch.  No other band these days can give you three hours of hard rock with that intensity.  Foo Fighters are survivors from another era.  An endangered species you can’t miss. 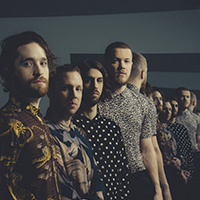 With a line-up of catchy sing-along hits, energetic shows, great stage presence and dreamy visuals, the band has established themselves as legit arena performers of the same level as Coldplay, Muse and Arcade Fire.

The huge success of their recent singles “Believer”, “Thunder” and “Whatever It Takes”, all from their third album Evolve (2017), has truly won them a place among this year’s Top headliners. 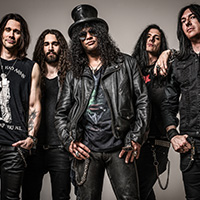 Thirty years of hell-raising with a semi-grin, the legendary master of big riffs is releasing a new album Living the Dream, with Myles Kennedy and the Conspirators on September 21st.

Expect a serving of hot new licks at Kaboo, as Slash is fresh off the road from a record-breaking tour with Guns N’ Roses. With the man behind “Sweet Child O’ Mine” and “Paradise City”, chances are GNR fans will have a blast. 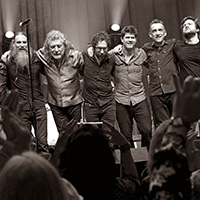 With recent confirmation that Led Zeppelin has not planned on doing more concerts together, this could be your only chance to see the real deal live.  Recent set lists from mister Plant in Europe are promising magical flashbacks like “Black Dog” and “Going to California” along with the haunting alt-country versions of traditional folk classics that are now his trademark.