On November 8th 2019, Stingray PausePlay headed to Quebec City for the Rencontres de l'ADISQ, Quebec’s annual radio/broadcast awards. An evening full of food, drinks and performances from some of Quebec’s current greats.

Nominated for Music Initiative of the Year for the 3rd year in a row, we were incredibly excited as we were called up to the stage to accept the win for 2019!

Each year PausePlay spreads its roots across the globe. Finding us on the red carpet (American Music Awards, Billboard Music Awards, ADISQ…), backstage at festivals (Osheaga, Île Soniq, Francos de Montréal...), concert venues, and of course our beautiful Stingray headquarters, Stingray PausePlay hangs out with some of today’s biggest names.

From The Chainsmokers to Lara Fabian, Billie Eilish, Dua Lipa, Serge Fiori, to Mumford & Sons, we are proud to have showcased hundreds of artists and learned something new about each one during their PausePlay episode.

PausePlay is led by Zac Monson (English producer and host), Charles Boyer (French-speaking host) and Ariane Charbonneau (behind the scenes of Stingray PausePlay's French initiative). We asked them a few questions!

Not interviewed for this article, but also an incredibly important member of the team who also won this award, director of PausePlay, Guillaume Bourassa.

Zac: The first PausePlay episode aired Sept 6, 2013, when we invited Canadian pop band, NEVEREST, to come in to the office. I had a bit less facial hair and a lot less gray hair back then. The initial concept for PausePlay came from Stingray Music program director Henry van den Hoogen. We wanted the audio channels to focus on music only. No talk. No DJs. So PausePlay was our way to bring the artists directly to our listeners and showcase the personal sides of the people behind the music they loved.

Ariane: French PausePlay didn’t exist when I arrived in 2014. So I decided to launch the initiative to coïncide with the French guest curators’ channel, with Charles as the host. We also worked with Zac and the creative team to refine the French version. The first Franco act to join us on camera was Monogrenade. Everyone was so nervous! But the nervousness quickly dissipated with the excitement of knowing that it was only the beginning!

Which PausePlay guest struck you the most and why?

Zac: I would have happily sat down and continued talking to Billie Eilishfor an extra hour if I could have. It was a strange place to be, as a then 34-year-old, sitting next to a 16-year-old, and genuinely being in awe of her talent and maturity. Billie was open, and honest, and didn't take herself too seriously. When you combine her personality with the music (created with her incredibly talented brother, Finneas) she really was a dream guest.

It’s a tie with the time we interviewed Chad Smith of the Red Hot Chili Peppers sitting at his drums together, while he did a drum solo and cracked jokes.

I’d live in either of those moments a few more times!

Charles: For me it was the French artist Catherine Ringer, because I had to constantly remind myself that I was the interviewer... I was a little too star struck. At one point, I forgot to follow up with the next question. I listened to her like a child meeting Santa Claus! Her musical journey is impressive. She is a pioneer in the French pop/rock/new wave that she created with her late collaborator and partner Fred Chichin (Rita Mitsouko). I found her generous and open throughout the interview. I was proud to have conducted this interview to the end. She seemed to have enjoyed it too!

What makes a good interview?

Zac: I feel an interview goes well if the artist laughs. If we can laugh together then it makes it easy to talk about any topic. Artists can do 100 interviews a month and answer the same thing over and over; we just want everyone to have a good time and maybe have the audience learn something new about their favourite stars.

Charles: I believe a good interview comes from an excellent preparation of the interviewer and the openness of the artist. I think the great sensibility, specific to the artists, can generate beautiful answers if the questions asked come from a real interest from the interviewer. Authenticity, listening and great knowledge of the subject are good assets to conduct an interview.

What does this prize awarded by ADISQ mean to you?

Zac: The nomination alone was special. To be recognized, 3 years in a row, is incredibly special. ADISQ does such a great job of protecting and showcasing great music in Canada and we are thrilled they feel the same way about us.

Let’s cross our fingers for next year!

Charles: For me, it is a great music industry’s recognition that sends us the message that our project is relevant and that its quality is there. This award reminds me that perseverance is key to success. I am also happy to have faced my fear of going to meet some intimidating artists. Those conversations are always enriching and entertaining. It's a real job. Respect to all who practice it! 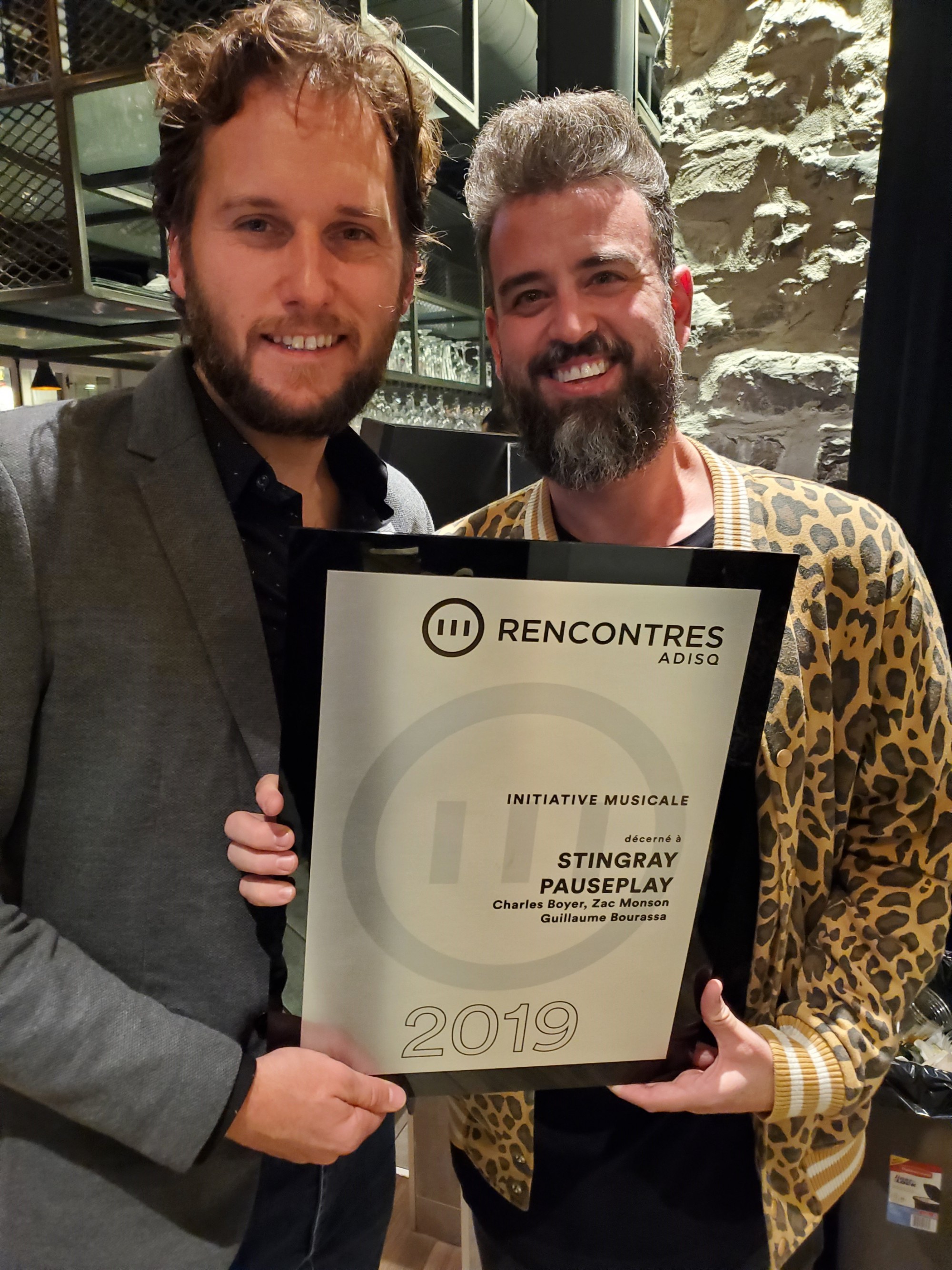