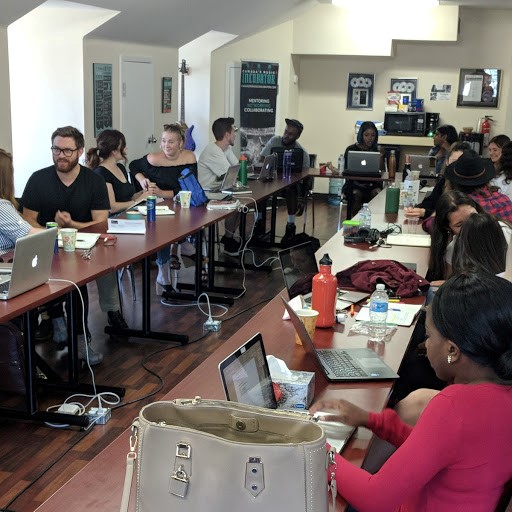 The Artist Entrepreneur Program is designed to help emerging bands and artists build their businesses and careers by introducing them to professionals from all areas of the music industry.

This year’s program was attended by artists from B.C., Alberta, Ontario and Nova Scotia who represent a variety of music genres, including Celtic, hip-hop, avant-garde, and pop.

Given Henry and Greg’s extensive backgrounds in broadcasting, they discussed how artists can fully appreciate and best use radio (from terrestrial to streaming), and other aspects of digital broadcasting, to their advantage to advance their recordings’ airplay potential. Henry and Greg have also worked at major record companies (Sony Marketing and Warner A&R respectively), so an important portion of the seminar included listening, critiquing, and commenting on each artist’s songs.

Canada’s Music Incubator received great comments from the artists who appreciated the knowledge that was shared and the constructive feedback. Invaluable!

As has been the case in previous years, some of the participant’s music has found its way on Stingray’s channels and streaming services. This year’s class will no doubt carry on that tradition!