Thrashers unite! This is a metal event 30 years in the making. On June 22, 2010, in Sulfia, Bulgaria, the biggest names in thrash metal joined forces to put on one monster show: Anthrax, Megadeth, Slayer, and Metallica all on one bill. What more could a metal fan ask for?

For those unfamiliar with these bands, they are the royal family of thrash. Thrash metal originated in the early '80s and combined the fast-paced guitar riffs and “We don’t give a f@&#” attitude of the hardcore punk scene with the instrumental technicality and brutality of the new wave of British heavy metal bands of the '70s. The '80s were littered with thrash bands, but there were four who rose above them all to become the most successful and beloved of the brood: Anthrax, Megadeth, Slayer, and Metallica.

Each band put on over an hour-long show and ran through almost 30 years of material for the enormous crowd in Sofia. The lucky concertgoers whose faces hadn’t totally melted by the end of the show were rewarded with a cover of Diamondhead’s “Am I Evil,” performed by all four bands. It was the first time that these bands played together on one stage.

So whether you didn’t have the money, couldn’t get off of work, or couldn't travel to Bulgaria to see this show, you’re in luck because Qello Concerts has all five-plus hours of this thrash fest on demand. Thrash on! 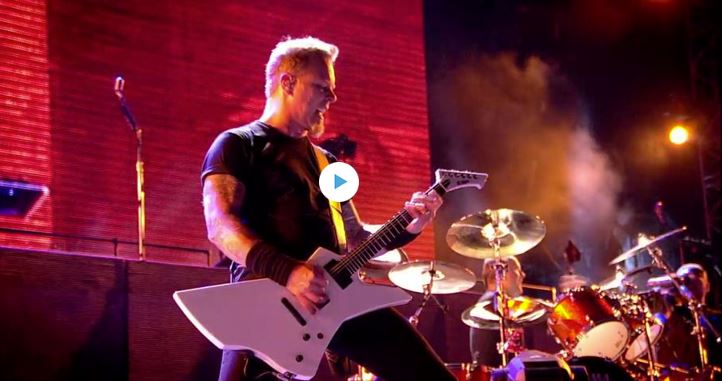