Featuring four days of panel sessions, networking opportunities and live performances, the Mundial Montreal world music summit can help catapult the careers of emerging artists from around the globe. This year’s edition, held from Nov. 13-16, was especially rewarding for Canada’s own Silla and Rise.

In addition to turning heads with their sold-out showcase, the Juno-nominated trio took home a Stingray Rising Stars award and a $2,000 prize. Made up of Cynthia Pitsiulak and Charlotte Qamaniq of Nunavut, and Erik Vani aka Rise Ashen of Ottawa, the group blends traditional Inuit throat-singing and futuristic dance-floor beats for a sound they describe as “intergalactic house music and alien hip hop.”

Launched in 1998 as Galaxie Rising Star, The Stingray Rising Stars program sets out to “discover, encourage, promote and champion new up-and-coming Canadian artists.” Over the last 15 years, the program has provided more than 1,000 bursaries to artists including Boogat, William Prince and more.

“Contributing to the career advancement of up-and-coming artists and their breakthrough into new markets is one of Stingray’s core values,” says Mathieu Péloquin, senior vice president, Marketing and Communications of Stingray. “The inspiring talent of Canadian artists make them true ambassadors of our creativity. Stingray wishes to tangibly participate in their success. It is therefore with enthusiasm that we renew every year our commitment by presenting Stingray Rising Stars awards at numerous events across the country.”

Prior to winning the award, Silla and Rise performed as a part of Mundial Montreal’s Indigenous Sounds series, giving the audience a glimpse of their electric stage presence.

“Our live show is very improvisational and ranges far and wide,” say Silla and Rise. “Using the sounds and textures of our recorded songs, we improvise and “battle” each other in the same way that traditional throat singers do, but as a trio with rise performing electronic percussion with samples. Tempos, feeling and intensity vary to the extreme and every performance is unique. The same song can sound completely different depending on the venue and the crowd.”

“More and more people are starting to take notice because of the reconciliation that is taking place between indigenous and non-indigenous people,” say Silla and Rise, who are currently working on their second album. “Indigenous people worldwide are rising up and using our voice, music, culture and art to connect, celebrate and reconcile in a modern way.

“We think it is just the beginning and we’re really looking forward to what the future holds for Indigenous music.” 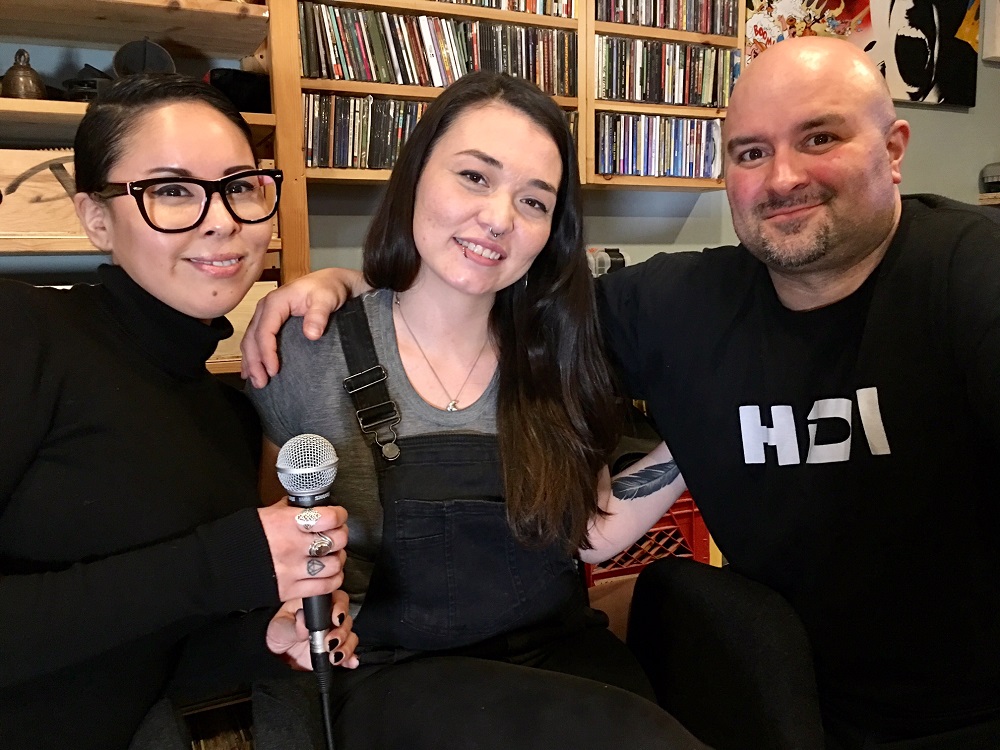 ''We are so humbled to have received the Stingray prize! Its exciting to have Indigenous music being celebrated and recognized and we are proud to share our blend of traditional and contemporary Inuit throat singing with the world. We are hard at work on our new album and our new material is road-tested and tight! We have been recording and we can’t wait to start unleashing it!''