Eric Clapton didn’t get off to a very promising start in his performance for the MTV Unplugged series in 1992.

Seated on stage at the Bray Studios in London, alongside guitarist Andy Fairweather Low (of Amen Corner in the ‘60s), Clapton didn’t address the exuberant cheers from the audience. He turned to Low, muttered, “Ready?” and essentially warmed up with an instrumental, “Signe.”

“Thank you very much,” he offered before moving into Bo Diddley’s “Before You Accuse Me,” which Slowhand had cut in 1978, and which quickly crystalized whatthe Unplugged concept is all about: taking songs people have come to love in their full-band glory and stripping them down, thus reinventing and refreshing them. Here, without his percussionists (yet), the crowd jumped in to serve as the rhythm section.

Without a full band, the focus is on the voice. Clapton’s is nothing special, and he looks more like a professor than a bluesman. But when he gets into a lyric, it’s clear that he’s dedicated to the form, both in his singing and his precise, yet passionate playing, often on bottleneck. After a mostly instrumental “Hey Hey,” he expresses his satisfaction with a smile and a laugh.

Joined by a full (albeit acoustic) band and backup singers, he moves into “Tears in Heaven,” which was new at the time, and doesn’t register with the audience the way, a few songs later, “Layla” will. He also scores with “Walkin’ Blues,” “Alberta” (which shares its melody with “Corrina”), and, especially, “San Francisco Bay Blues,” by far the liveliest number in the 14-song set. There are kazoos for everyone, and Clapton’s even got one on his harmonica rack.

For some reason, the entire group is seated throughout—even the backup singers. Maybe it’s to accentuate the low-key jam atmosphere of an unplugged show, to differentiate it from a rock band presentation. The result is that, aside from being more difficult for the gathered audience to see, Clapton and company appear less than energetic. The star rarely says more than a cursory (but sometimes forceful) thank you.

But appearances are deceiving. The band and singers may look relaxed, but they’re a well-oiled machine, totally in sync with each other and with each of the songs Clapton has chosen to revisit.

The concert itself is well worth revisiting. 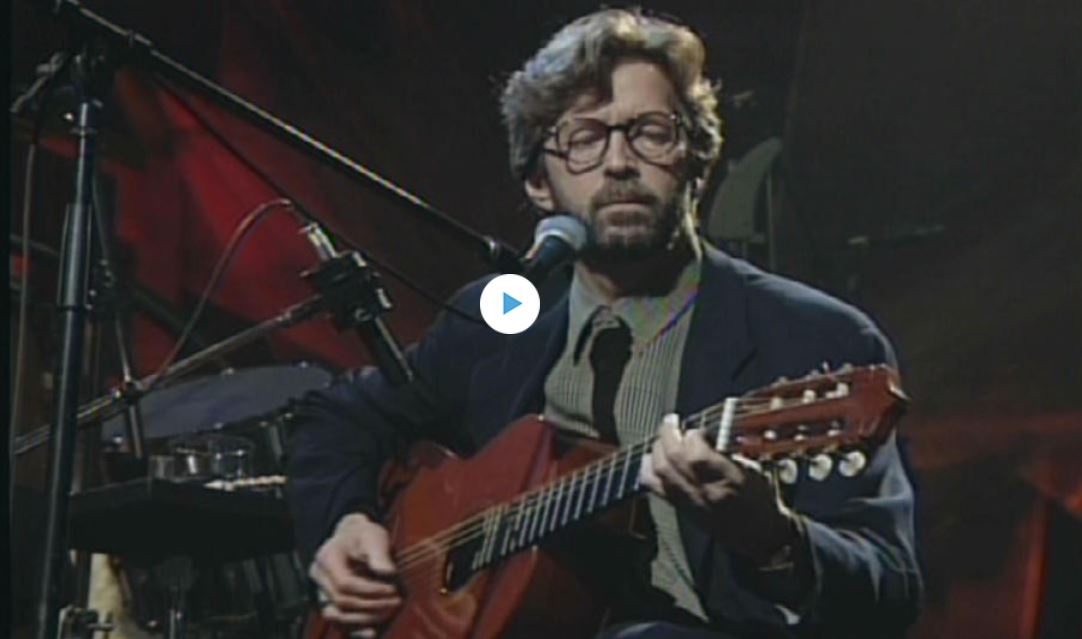 Previous
Interview with grandson | Stingray PausePlay
Next
Simon and Garfunkel: Songs of America / The Harmony Game