The TD Toronto Jazz Festival wrapped up its 33rd edition on Sunday, June 30th, after presenting more than 175 free performances throughout the ten-day run. As part of the festivities, the Stingray Rising Stars prizes were awarded to emerging talent in the Festival lineup.

Stingray was pleased to partner with the TD Toronto Jazz Festival for this inaugural award. Over the years, Stingray has partnered with numerous industry organizations and festivals to offer cash awards and provide showcase opportunities to great new Canadian talent of all genres. Congratulations! 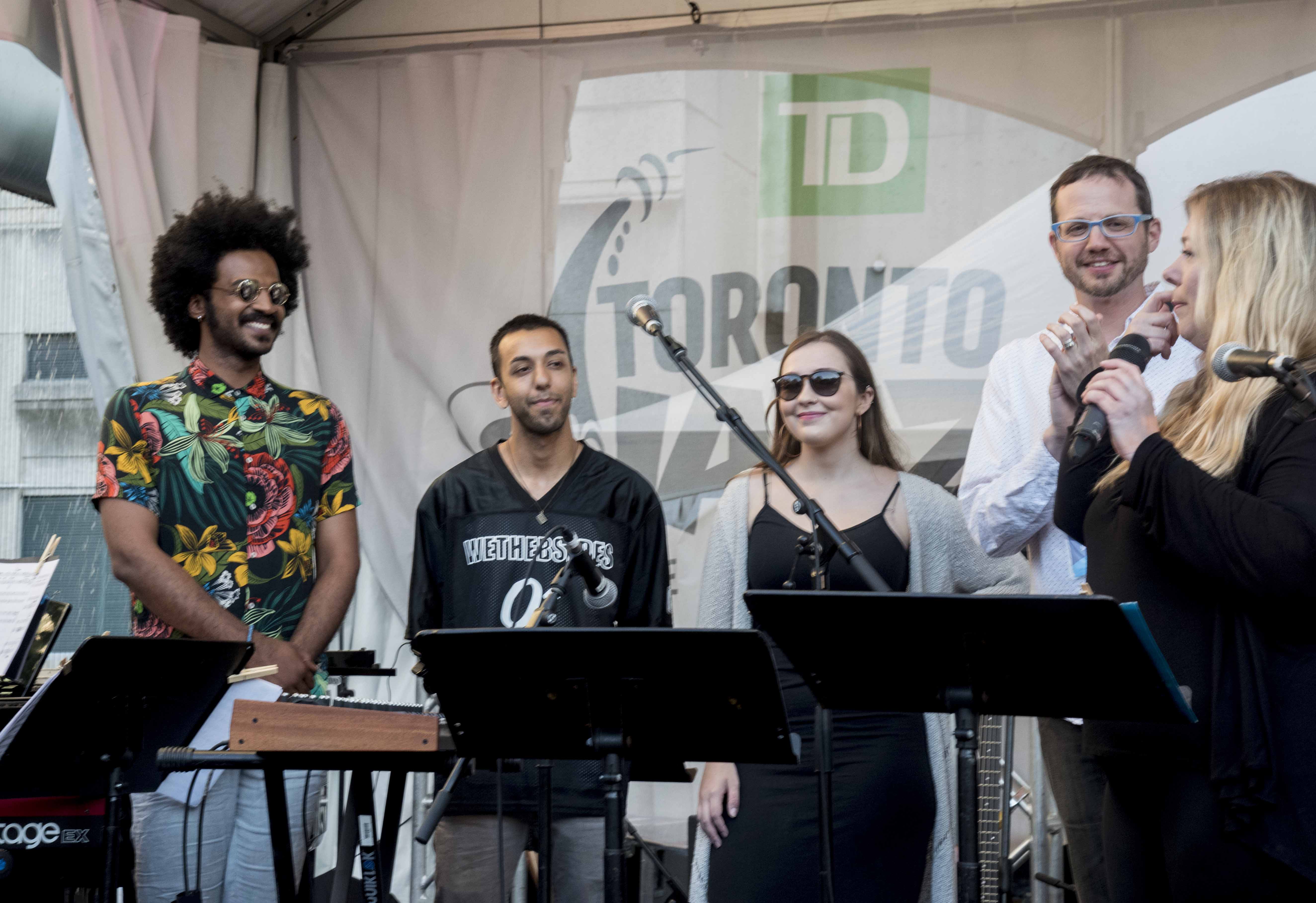 Sydanie & Kelson Fredericks from The Dirty B Sides (winners)
This ensemble brings together three outstanding acts. Kelson Fredericks is part of an emerging generation of Toronto rappers who are proving that there is more to the Toronto sound than what we hear on the radio. Sydanie (Si-day-nee) is a star on the rise - she earned recent acclaim for her Canadian Music Week set and was named by the Globe and Mail as an artist breaking through Toronto's hip hop scene. The Dirty B Sides are Toronto's leading backing band for hip-hop and soul acts. They work with established local and touring artists while helping independent artists break out on Toronto's hip-hop scene.

A talented vocalist from Calgary, Caity Gyorgy has been making a name for herself on Canada’s festival and talent-show circuits. She has an incredibly refined voice for her age, counting Ella Fitzgerald, Sarah Vaughan, Esperanza Spalding and Cécile McLorin Salvant among her idols. But what sets her apart is her unparalleled vocal improvisations.

Rooted in jazz and blues, Moneka Arabic Jazz draws from leader Ahmed Moneka's Afro-Arabic heritage and influences along with Toronto’s multicultural mix to create a distinct, funky, and unique sound. Their repertoire introduces maqam, and weaves African identity, heritage, and influences into the mix. The contributions of the five talented musicians create a unique sound that embodies the diversity of Toronto in 2019.

Virginia MacDonald is a clarinetist who is on the verge of completing her Bachelor of Music at Humber College. She has already toured nationally and overseas and earned a full scholarship to Berklee College of Music's summer intensive program in 2018. Earning acclaim especially for her compositions, she will be releasing her first album later in 2019.

About the TD Toronto Jazz Festival

Now in its 33rd year as one of the premiere jazz festivals in North America, the

TD Toronto Jazz Festival took place this summer from June 21st to June 30th. From concert halls to the streets of Yorkville, the Festival offered ten jazz-packed days, showcasing the very best in jazz from Toronto, across the country, and around the world!