Stingray has been a proud partner of Mundial Montréal since its very first edition 9 years ago. This year, we had immense pride in connecting the Stingray name and our Stingray Rising Stars program to an exciting and key portion of the festival lineup: Mundial’s Canadian Indigenous Artists category.

This year’s finalists were:

Kym Gouchie is an artist who has the ability to momentarily make us feel that time can stand still. Performing with a combination of soulful expression, focused intent, integrity, and artistic depth, she embraces and holds audiences while imparting messages and truths in songs that need to be heard. Kym is a truly unique artist who seamlessly blends the contemporary with the traditional.

Kym’s home base is in her ancestral territory - Lheidli T’enneh (people from where two rivers meet) also known as Prince George BC.

We sat down with Kym to tell us more about her win.

My dad and older brother would play gigs around Prince George and I would tag along. My brother was less than a year older than me and was super talented already. He played guitar and could sing and yodel really well. My dad would make a spot for me on the stage too. I remember sitting high up on a stool at this basement style coffee house under the Mac Hotel in downtown Prince George. I could barely carry a tune. I remember singing The Snakes Crawl at Night by Charlie Pride. Hahaha! I was about 7 years old.

Who are your influences?

When I first started taking music seriously I gravitated towards artists such as KD Lang, Patsy Cline, Anne Murray & Tanya Tucker and later Lucinda Williams, Bonnie Raitt, Suzie Ungerleider and Buffy Sainte-Marie, just to name a handful. But now, my music is strongly influenced by my environment, my own struggles and personal tragedies.

What’s your best memory on stage?

Oh I have so many ‘best memories on stage’. One of the most memorable was when I was singing a song on International Women’s Day in Penticton BC and I began to cry. About a half dozen women including a little girl came up onto the stage and surrounded me with their love and support. That made me cry even more ❤️ But in a good way. I regained my composure and finished the show.

Who is your favourite musician or band?

It’s hard to have a favourite but if I had to choose it would be a tie between Lucinda Williams & Buffy Sainte-Marie.

I love the storytelling platform in the Folk/Roots genre.

What was the best part of Mundial Montreal 2019?

The best part of Mundial was the way that the artist showcases had no competing events. They stood alone and gave the artist their own sacred space to share their artistry.

Congratulations on winning the Stingray Rising Stars award! What do you plan to do with the $1500 prize?

Thank you for acknowledging me with the Stingray Rising Star Award. I’m deeply honoured & full of gratitude as it truly validates the hard work that got me here.

I plan to use the $1500 scholarship to help subsidize the travel & accommodation expenses for myself and my musical companion Brigitte Demeter when we travel to New Orleans in January 2020 to showcase at the International Indigenous Music Summit & participate in the Folk Alliance International Conference. 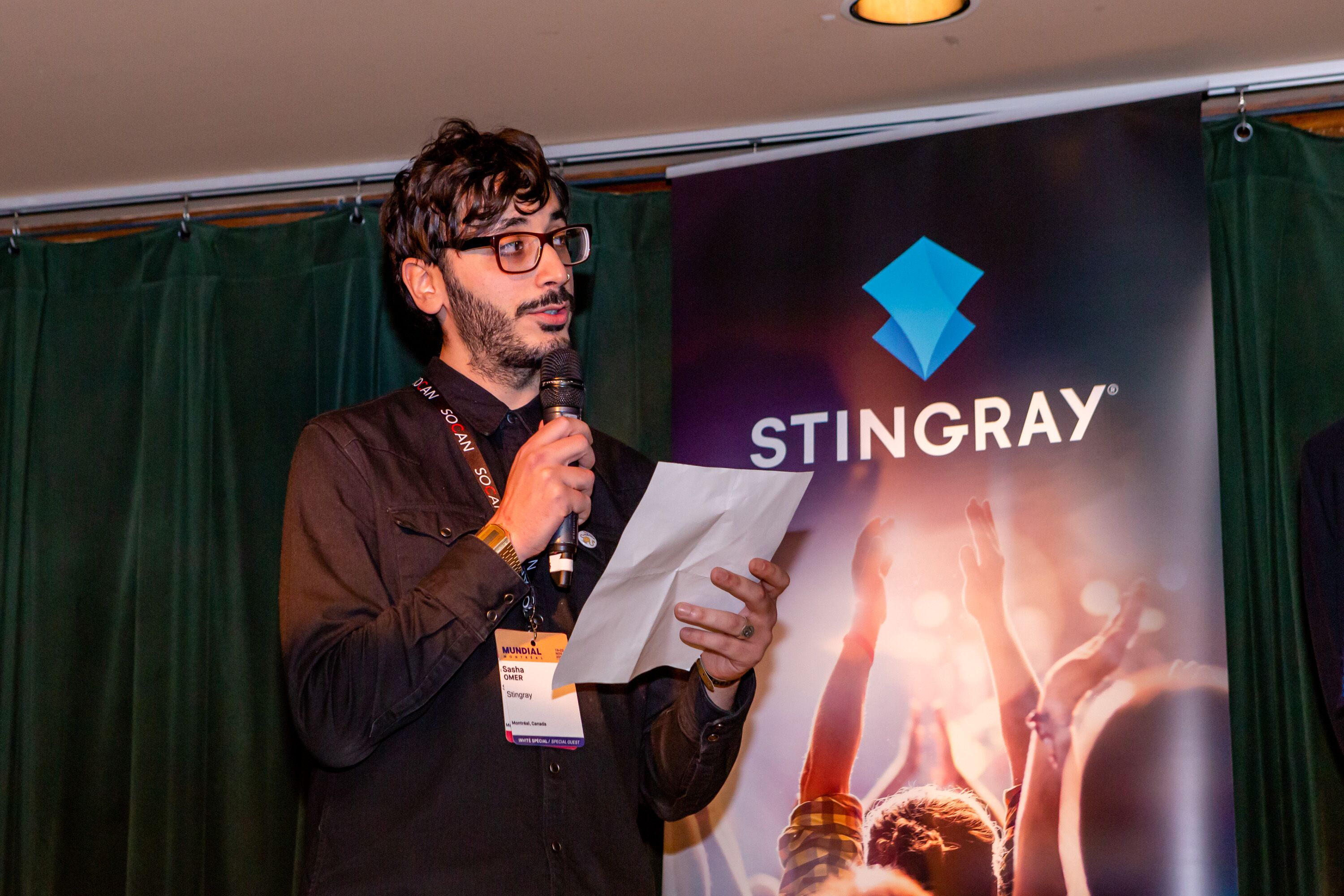 Previous
Stingray PausePlay at the 2019 American Music Awards!
Next
How to find the perfect music for a Holiday brunch in less than a minute