Stingray has been a proud partner of Mundial Montréal since its very first edition. We are thrilled to offer a Stingray Rising Stars Award to Balaklava Blues this year.

An annual gathering of professionals in the world music industry, Mundial Montréal is North America’s leading industry showcase 100% dedicated to world music. Featuring panel sessions, networking opportunities and live performances, Mundial Montréal is a springboard for artists’ national and international career development. This year’s edition was held from Nov. 16-19 and brought together delegates and artists from a dozen countries.

Stingray is committed to putting Canadian musicians on the map! Stingray knows music, and as such, we know that some of the greatest talent out there is found in our own backyard. That is why we created the Stingray Rising Stars Program. This original program sets out to discover, encourage, promote and champion new up-and-coming Canadian artists. Congratulations to Balaklava Blues!

We sat down with Mark and Marichka from Balaklava Blues to tell us more about their win. 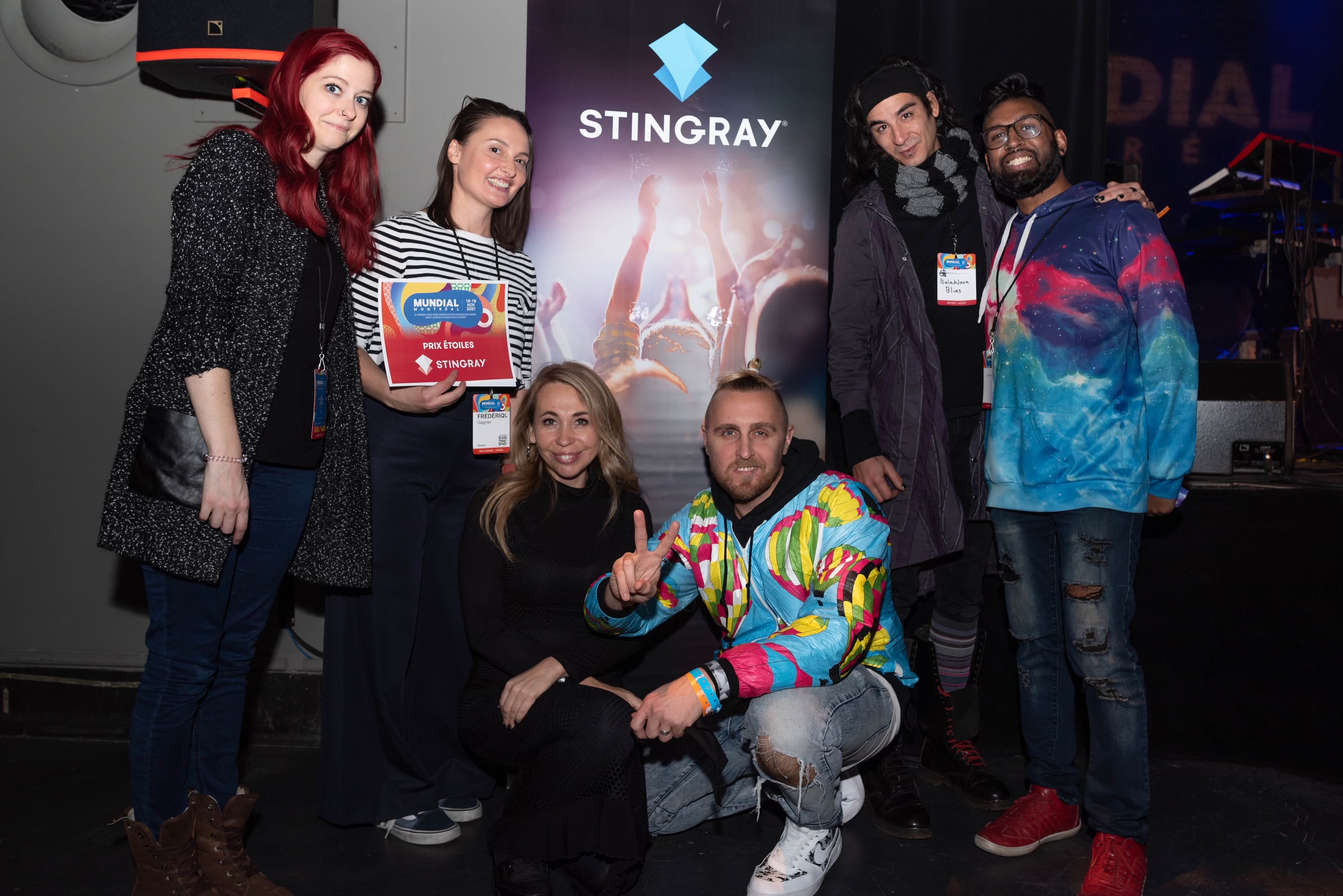 Mark: My grandmother singing Ukrainian lullabies to me. It somehow feels like it was embedded into my DNA. It was for sure my first experience of language and sound, even though I was born in Canada...

Marichka: At 5 years old, I was playing 80’s popular songs on my metallophone (a little xylophone). I remember telling my parents that I was going to sing, dance and dress up nicely when I grow up. Then, I took my mom to music school, and she had to sign me in. I was sure I was going to be a musician.

Who are your influences?

Marichka: European classical music. I used to read musical scores on my way to school. Then I fell in love with old traditional songs, not only Ukrainian but also Georgian polyphony. I also listened to a bunch of different music - Radiohead, Deep Purple, Max Richter, Avishai Cohen…

What’s your best memory on stage?

Mark: With Balaklava Blues, it must be playing Arena Lviv in front of 20,000 people with 30 at-risk youth from war-torn eastern Ukraine. We went to the mountains for a week to teach them at a camp called Help Us Help. At the end of that week, they were so awesome that we decided to surprise them and invite them to play with us in a stadium in Lviv. It's something they will live with forever, no matter what their life circumstances: work hard, have fun, and stick together and you can do ANYTHING. And I mean we didn't mind playing for 20 000 people either...

Marichka: I once sang a special old Ukrainian song on a revolutionary stage in my city Kyiv, in memoriam for 3 young people who were killed 3 nights before. It was -25°C, and Mark was under the stage, listening and crying. It's how we first met. I also sang an old Macedonian song in Koerner Hall in Toronto, when nobody in the audience understood the lyrics, but I got a long-standing ovation. My first one. I like to make people feel the music deeply. I like catharsis from both sides. I believe that's why I'm a musician.

What was the best part of Mundial Montreal 2021?

Mark: It felt like a reunion more than a conference. I mean meetings and business still happened like it should, but it felt like everyone was so excited to be "back in the game". Presenters, labels, bookers, artists... We all just enjoyed each other's company and contribution to this little corner of the world we're sharing.

Marichka: I felt alive again. It was very inspiring. I felt huge support and true love from all the beautiful people we met at Mundial. Unforgettable.

Congratulations on winning the Stingray Rising Stars award! What do you plan to do with the $2,000 prize?

Mark: Wanna hear something crazy? Our showcase was built entirely of songs we haven't released yet... I mean everyone can relate to the fact that the pandemic changed EVERYTHING. We couldn't get up on stage and play music from an album we recorded over 2 years ago. It was a big risk, but I guess putting honesty first paid off. So, we're putting it towards the recording of those songs for our sophomore release called LET ME OUT, which we plan to release in March 2022. Stay tuned!

Marichka:  Thank you so much for believing in us. For me personally it means more than an award. This is a huge opportunity to move forward with all the support we got.

You can listen to Balaklava Blues on the Mundial Montréal and Small World Music vibes channel on Stingray Music.